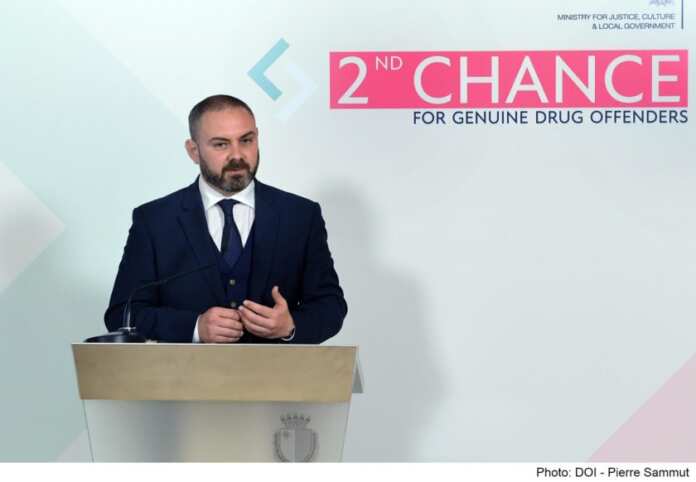 Minister for Justice Owen Bonnici announced that 50 people that had been charged with drug-related offences have been given a second chance after the drug offenders’ rehabilitation Board (DORB) has certified them as having successfully overcome their drug addiction.

Four years the Drug Dependence Act (Treatment not Imprisonment) was introduced with the aim to address victims of drug abuse as people who are in need of assistance to overcome the addictive habit.

Minister Owen Bonnici said “four years down the line, results are showing that genuine victims of drug abuse should be seen as people needing assistance and not criminals”.

The law provides that people found in possession of a small amount of drugs for personal use are tried by a Commissioner of Justice rather than a Magistrate. Possession of cannabis is charged with a fine varying between €50 and €100, whilst possession of other drugs involves a fine ranging between €75 and €125.

The law also provides that if a person gets referred to the DORB rather than be considered a recidivist if found guilty of simple drug possession twice in a period of two years.

Over the past four years, a total of 2,710 persons were charged with simple possession. 88 were referred for treatment as they have been found guilty of possession twice in two years.

46 persons charged with aggravated possession and appearing infront of the Court of magistrates we referred to the DORB for treatment under voluntary application.

The law also provides that in cases of aggravated possession and certain cases of drug trafficking, the Court of Magistrates is empowered to give an alternative punishment other than the mandatory imprisonment upon positive advice of the DORB. Twenty individuals falling in this category have successfully conquered their addiction.