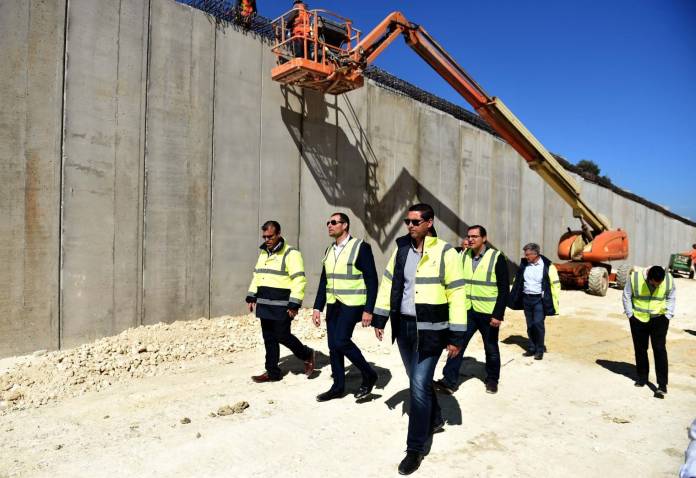 The Santa Lucija tunnels project is expected to be completed by the end of this year. Until today half of this project has been completed by Infrastructure Malta.

This was explained during a visit on-site made by Prime Minister Robert Abela and by Infrastructure Minister Ian Borg.

Infrastructure Malta explained how this project includes two cut-and-cover tunnels beneath the Santa Luċija roundabout, to directly connect Santa Luċija Avenue (Addolorata Hill) with Tal-Barrani Road. Above this underpass, the existing roundabout will be rebuilt.

The project also includes the redesign and reconstruction of a nearby jogging track, the upgrading of the Tal-Barrani Road pedestrian subway to make this accessible to cyclists and to persons with disability, as well as a new 1 km shared pedestrian and cycling path connecting Santa Luċija to Marsa.

Prime Minister Robert Abela, said that projects such as the one at Santa Lucija demonstrated the Government’s commitment to the infrastructure sector. He also thanked all the workers involved in the project despite the extraordinary times in which we are living.

Minister Ian Borg said that in light of COVID-19, Infrastructure Malta has taken the necessary precautions for its workers and those of its contractors, but has also taken the opportunity to hasten works especially in areas that require deviations while fewer people are using our roads.

A new cycling track between Żabbar and Marsascala

John Paul Cordina   July 8, 2020
The two independent opposition MPs – Godfrey Farrugia and Marlene Farrugia – have called on their PN colleagues who voted against PN leader Adrian Delia in a no-confidence vote to immediately go to the President so that a new Leader of the Opposition may be appointed.

John Paul Cordina   July 6, 2020
Over 14,000 people needed to be tested for Covid-19 on more than one occasion, figures revealed in Parliament show.

President likely to appoint a new leader of the opposition –...