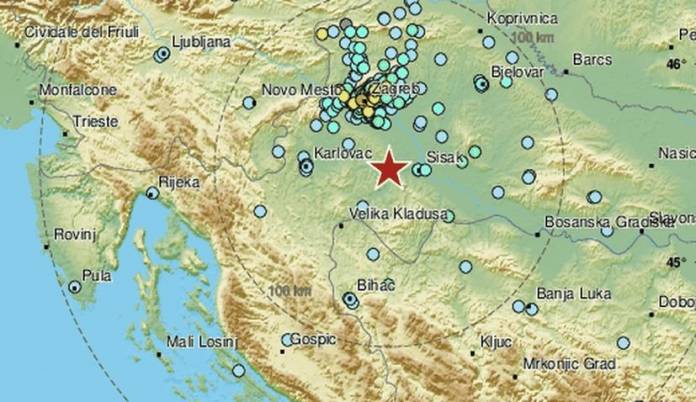 A 5.2 strong earthquake has struck Croatia. According to the European Mediterranean Seismological Centre, the epicentre of the earthquake was 50 kilometres southeast of the capital Zagreb. The quake that rocked the area at 0528 GMT was also felt in the capital.

For now it is unknown what damage it has caused but there have been confirmed reports of minor damage to some buildings, and many people are already complaining about cracked walls and chimneys in the Sisak area.

The quake was the strongest since the 5.5 magnitude earthquake which hit back on 22 March.