The Electoral Commission of the Partit Nazzjonalista (PN) has stated that 484 councillors voted in the early election of the extraordinary General Council held today.

The PN’s Executive Committee has voted in favour of a motion to convene the General Council on the 31st of July to decide between asking paid up members to confirm Delia as the PN leader or to elect a new leader. The General Council will then vote on Saturday 1st August. 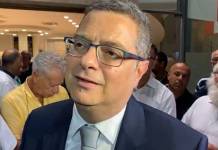