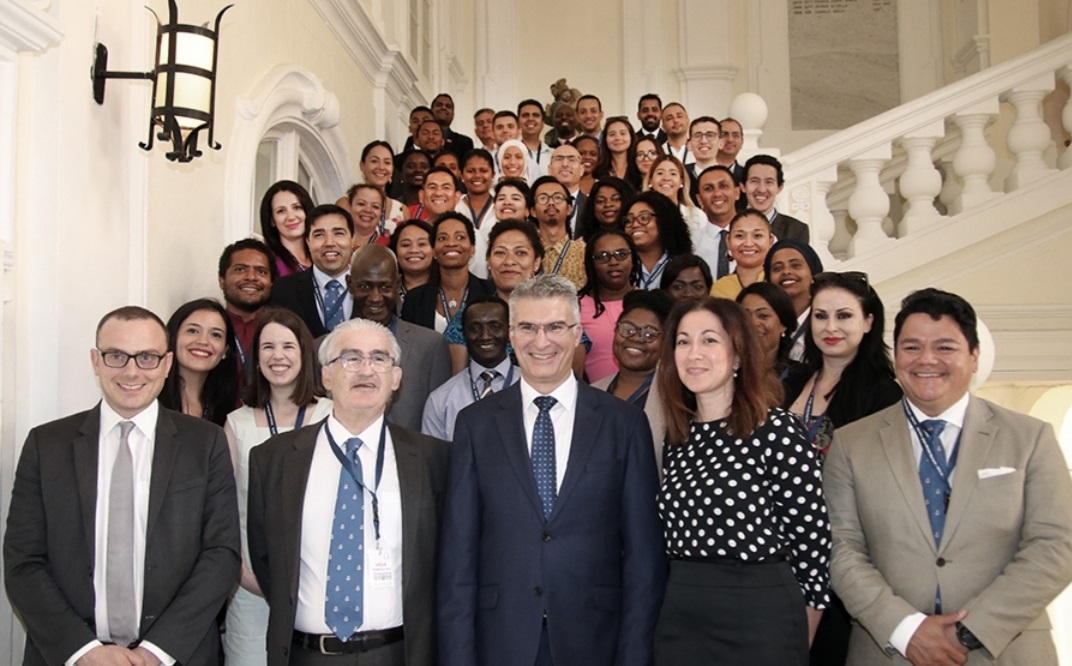 47 students from 35 nations have graduated from the International Maritime Law Institute (IMLI). The 30th IMLI graduation ceremony was held at the Malta Maritime Museum in Vittoriosa.

Minister for Foreign affairs and Trade Promotion Carmelo Abela presented the Maltese Government Prize for Best Performance in the Law of the Sea.

The Minister also hosted the IMLI 2019 graduates at Palazzo Parisio for a dialogue on foreign affairs issues. During the dialogue the Abela proudly remarked that Malta has not only been a major contributor towards the formulation of the Law of the Sea (UNCLOS), but has also become a global leader in raining international maritime law specialists thanks to the International Maritime Law Institute, which is established in Malta under the auspices of the International Maritime Organisation (IMO).

Situated within the University of Malta campus in Msida, IMLI offers an array of programmes ranging from short courses to Doctoral degrees.