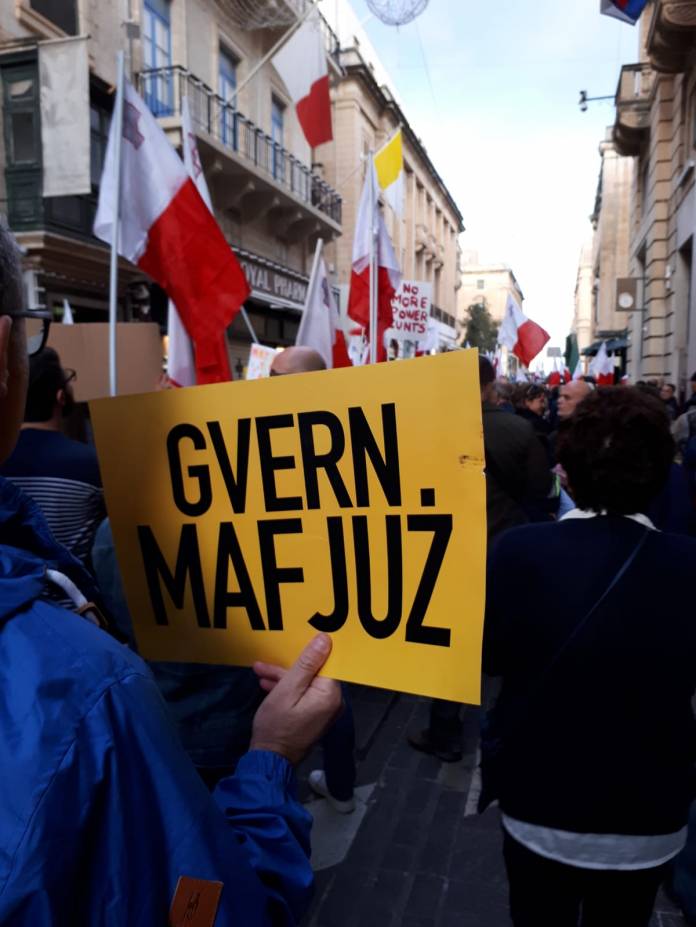 46% of respondents stated that they were very dissatisfied or fairly dissatisfied with the way democracy works in Malta. This emerged from a newly Eurobarometer survey which was published on Friday.

The fieldwork was conducted between 14 and 28 November 2019. A total of 501 face-to-face interviews were conducted with respondents residing in Malta, aged 15 years and over. The report covers a number of topics, namely perceptions on respondents’ own personal situation, Malta and its economic situation, and the European Union; the objectives of the European Green Deal; opinions on immigration; trust in institutions; media and sources of work.

This means that the fieldwork was carried out when the country plunged into a political crisis following some progress in the murder investigation of Daphne Caruana Galizia which led to the resignation of Konrad Mizzi and Keith Schembri from their posts and saw disgraced former Prime Minister Joseph Muscat announcing that he would step down as Prime Minister. Yorgen Fenech, who was the owner of Dubai-based secret company 17 Black was also arrested and arraigned over the murder.

From its key findings, in this wave of the Eurobarometer it was found that the respondents in Malta have remained positive about a range of issues, even if there was a noticeable worsening in perceptions and attitudes, especially regarding local matters and their own personal situation. Respondents have expressed lower level of satisfaction regarding aspects such as the employment situation, the economy and the way democracy works in Malta. The survey shows that the level of trust in Maltese institutions has decreased.

According to the Eurobarometer findings, the number of respondents who judge their country’s general situation positively dropped by 18% since September and by 29 points when compared to 2018.

Only 48% of respondents stated that they were very satisfied or fairly satisfied with the way democracy works in Malta. The highest level of dissatisfaction was registered among persons aged 18 to 24.

When comparing to the rest of the EU, 54% of the respondents said that they were satisfied with the way democracy works in their country.

48% of the respondents said that their voice counts while 46% stated a negative opinion in this regard.

The latest Eurobarometer shows that the respondents were more pro-EU than average in a number of aspects. An increase in the level of trust in European institutions was also registered.

An increase in the level of concern among respondents for the environment and climate change was also recorded.