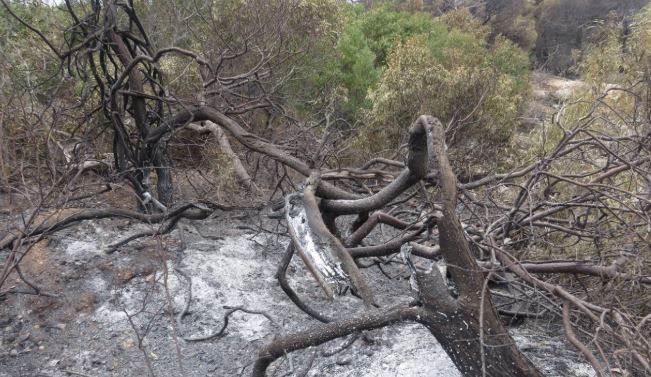 The Environment and Resource Authority (ERA) said that around 450 protected trees were impacted by the fire in an area to the West of what is known as Irum il-Ħmar in l-Aħrax tal-Mellieħa in the early hours of Sunday 17th May.

ERA Officers worked hand in hand with the Police and CPD and once the area was cleared and was declared safe by CPD, ERA Officers inspected the area for damage.

Apart from innumerable invasive alien acacia specimens, around 450 protected trees were clearly impacted, some minimally and others appearing completely burnt. These consisted mostly of pines but also a few cypress, carobs and lentisk trees. Two sizeable areas of garigue were also burnt.

The affected area falls outside of the Special Conservation area but is still considered as an area of ecological importance as it is a garigue.

Deployment of rangers under consideration 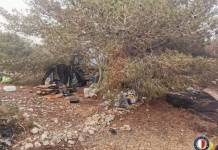 From preliminary investigations, it seems that the fire spread from a firepit that was not extinguished after being used by campers in the area. Three campers are being brought to court over the case.

The Mellieħa Local Council condemned the campers’ alleged actions and explained that due to the coronavirus pandemic, camping permits are currently not being issued.

It said that it will be discussing with the authorities whether areas such as Aħrax and Miżieb could have continuous surveillance, to avoid having such incidents occur. In Parliament today, Minister Byron Camilleri said that the Government is considering whether to deploy rangers to patrol protected natural areas and enforce environmental laws.

ERA urged the general public to exercise caution in open natural spaces, especially in the summer months where the dry weather favours fires to grow and may potentially create extensive damage to natural habitats. 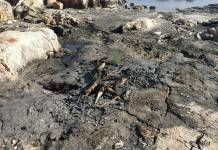 Reuters   May 28, 2020
The nine-year-old cat is the first known case of a pet being infected by the coronavirus in France. There have only been a handful of other known cases globally. The likely source of infection: her owners, themselves COVID-19 sufferers.

Reuters   May 29, 2020
Peaceful rallies gave way to a third night of arson, looting and vandalism in Minneapolis on Thursday as protesters vented their rage over the death of a black man seen on video gasping for breath while a white police officer knelt on his neck.

Reuters   May 28, 2020
The new initiative, named "Global Goal: Unite For Our Future", is meant to raise tens of billions of dollars with private and public donations.