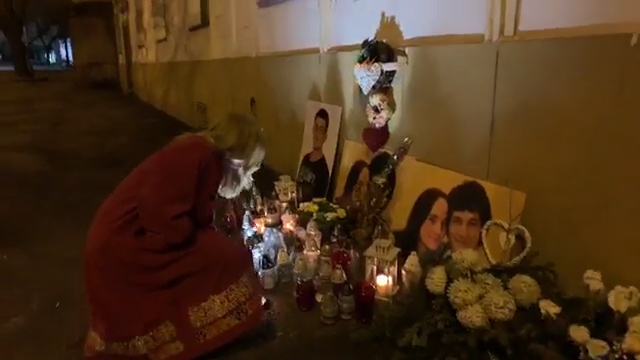 A Slovak court handed a 15-year prison sentence to a man charged with facilitating the murder of investigative journalist Jan Kuciak in 2018 in a plea deal on Monday, a spokeswoman said.

The killing of Kuciak and his fiancee, both 27, at their home outside Bratislava in February 2018 sparked mass protests against corruption in the central European nation, shaking the government. The case will play a role in a parliamentary election due in February.

Zoltan Andrusko, 42, was one of five charged in the case but the only to confess and seek a plea deal to act as a witness.

The trial of the other four, including entrepreneur Marian Kocner who was a subject of Kuciak’s reporting on fraud cases involving politically connected businessmen, started on Dec. 19 and will continue in January.

Andrusko had agreed a 10-year sentence with prosecutors but a court on Monday rejected that deal and proposed a longer sentence, which the defendant accepted, the court said.

“This court considers the extraordinary reduced sentence as justified, as well as logical, but the court, by its decision, should seek justice not only for the accused but for all sides of the case, for society, for justice in the law,” newspaper Dennik N cited judge Pamela Zaleska as saying.

Prosecutors say Kocner had ordered Kuciak’s killing. He and his accomplices, who have all pled not guilty, face up to life in prison if convicted.

The case is a test of Slovak judicial independence given that the investigation exposed links between Kocner and police and public officials.