The number of active cases of Covid-19 in Malta has risen once more – to 680 – as the number of new cases reported outstripped that of recovering patients.

A 13-day streak in which the number of active cases continued rising was broken yesterday, with 42 new cases and 60 recoveries reported. 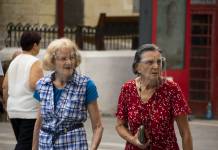 But while 42 cases were reported once more in the latest bulletin issued by the health authorities, the number of recovering patients was much less this time, at 18.

The new cases were identified through 2,444 swab tests, which bring the total number of swab tests carried out in Malta to 238,084.

There have been 2,898 cases of Covid-19 in Malta to date, and 2,191 recoveries, though official figures exclude detained asylum seekers who have tested positive for the coronavirus.

The pandemic has claimed 27 lives in Malta so far, with the health authorities reporting the death of two care home residents overnight. 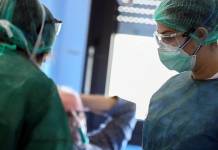 While today’s cases are still being investigated, the health authorities revealed that yesterday’s cases included 13 family members, 3 direct contacts and 2 work colleagues of previously known cases, while an additional 3 had been in social gatherings with people who eventually tested positive for Covid-19.

The 21 remaining cases – exactly half – were not conclusively linked to any others, and are thus being treated as sporadic.