Former PBS chair Tonio Portughese shared two photographs from – and his personal on – the televised debate held by then-PM Dom Mintoff and Opposition Leader Eddie Fenech Adami ahead of the controversial 1981 election, which saw Mintoff’s Malta Labour Party returned to power with a majority of seats and a minority of votes.

The event was the first such debate which was produced for national television, with Portughese recounting how Mintoff had challenged Fenech Adami to debate him.

However, the two parties struggled to agree on who should moderate the debate, and Portughese – who had stopped working in broadcasting at the time – proved to be the only person deemed acceptable by both. Portughese was reluctant, but the chair of the Broadcasting Authority, Frans Carbone, emphasised that the debate would not happen without his input.

Portughese ended up taking on for more than he had bargained for, as he had to preside over any subsequent televised debates and press conferences which took place during what proved to be a tense electoral campaign.

As for the debate itself, the studio was mobbed by a number of Mintoff’s supporters who wanted to attend the debate in person. The representatives of the Nationalist Party strongly objected, but ultimately defused tensions by relenting. 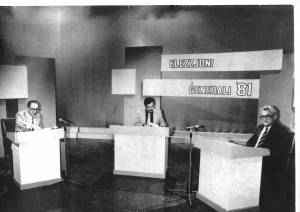 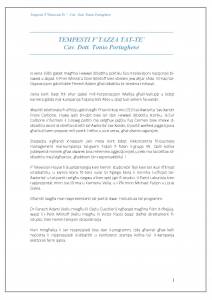 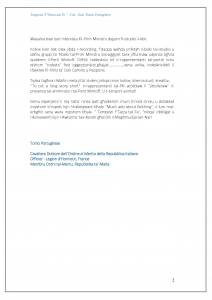 Watch: “Join together and do something for charity” – YMCA Malta...