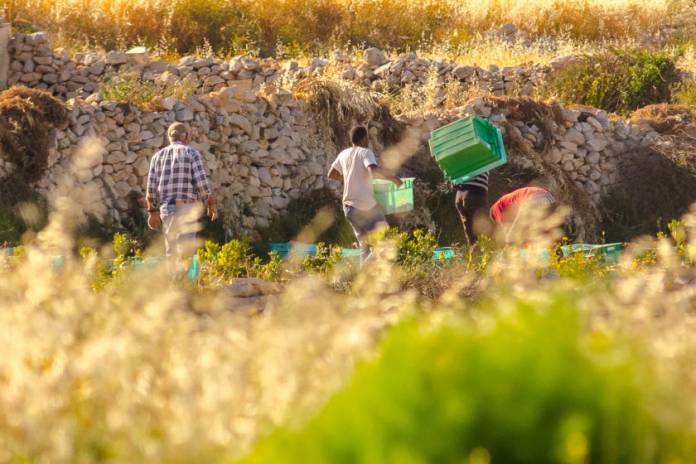 During 2019 the gross value added of the agricultural industry advanced by 8.0% over the previous year’s total to €60.9 million. The data was published by the National Statistics Office, NSO which also explains that this improvement was primarily attributable to the growth of 4.3% in the generated output, €126.4 million, that was higher than the increase of 1.1% in the related expenses incurred under intermediate consumption, €65.5 million.

In contrast, consumption of fixed capital declined by 0.9% to a fi gure of €6.8 million; while compensation of employees increased by 0.4% to a total wage disbursement figure of €4.5 million.

The NSO said that the industry was also financially assisted by a range of EU-funded programmes which, in 2019, amounted to €26.1 million; a decrease, however, of 12.6% over the sum benefited from in 2018.

This assistance contributed to a marginal increase in the net operating surplus of the industry of 1.1% to a total of €75.7 million.

Eventually, upon adding the latter surplus to the negative net property income of €1.1 million registered in 2019, the net entrepreneurial income of the agricultural industry in Malta is estimated to have increased by 1.2% to €74.6 million.

Statistics also show how intermediate consumption, which measures specific expenditure incurred during the production processes of the agricultural industry, was mainly characterised by increases in crop cultivation expenses as well as energy and fuel costs of 5.0% and 3.1% respectively.

Watch: Thriving economy; country needs to get back on track – Muscat