The 24th edition of the annual National Cinema Day will be held on Saturday 13th July 2019.

Seventeen new and recent film releases with a variety of genres, ranging from action-adventure-sci-fi, comedy animation and horror thriller are programmed to be screened in cinemas in Malta from 9.00 am until late night.  Shows at the Citadel Cinema in Gozo will start at 4.00 pm.  Reduced prices of admission will be charged at all cinemas on the day.

These are some of the films which will be screened:

Synopsis:  The British monarch’s (Dame Julie Walters) favourite dog gets lost from the palace and finds himself at a dog fight club. He then begins his long journey to find his way back home.

Synopsis:  When a new toy called “Forky” joins Woody and the gang, a road trip alongside old and new friends reveals how big the world can be for a toy.

Synopsis:  The story of Max and his pet friends continues, following their secret lives after their owners leave them for work or school each day.

Synopsis:  Rocketman is a British musical drama based on the life and career of singer, songwriter and musician Elton John.

Synopsis:  The Men in Black have always protected the Earth from the scum of the universe. In this new adventure, they tackle their biggest threat to date: a mole in the Men in Black organization.

Synopsis:  Jean Grey begins to develop incredible powers that corrupt and turn her into a Dark Phoenix. Now the X-Men will have to decide if the life of a team member is worth more than all the people living in the world.

Synopsis:  Beneath Anna Poliatova’s striking beauty lies a secret that will unleash her indelible strength and skill to become one of the world’s most feared government assassins.

Synopsis:  Following the events of Avengers: Endgame, Spider-Man must step up to take on new threats in a world that has changed forever.

Synopsis:  The crypto-zoological agency Monarch faces off against a battery of god-sized monsters, including the mighty Godzilla, who collides with Mothra, Rodan, and his ultimate nemesis, the three-headed King Ghidorah.

Synopsis:  Determined to keep Annabelle from wreaking more havoc, demonologists Ed and Lorraine Warren bring the possessed doll to the locked artefacts room in their home, placing her ‘safely’ behind sacred glass and enlisting a priest’s holy blessing. But an unholy night of horror awaits as Annabelle awakens the evil spirits in the room, who all set their sights on a new target – the Warrens’ ten-year-old daughter, Judy, and her friends. 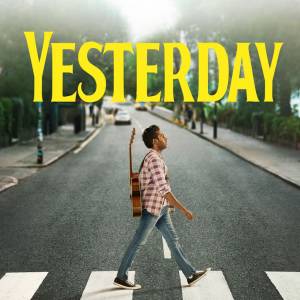 Synopsis:  A struggling musician realises he’s the only person on Earth who can remember The Beatles after waking up in an alternate timeline where they never existed.

Synopsis:  The plot follows the host of A late-night talk show who teams up with one of her new staff writers in an attempt to save the show.

Synopsis:  Anne Hathaway and Rebel Wilson star as female scam artists, one low-rent and the other high-class, who team up to take down the men who have wronged them. 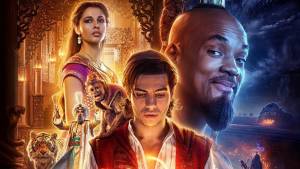 Synopsis:  A kind-hearted street urchin and a power-hungry Grand Vizier vie for a magic lamp that has the power to make their deepest wishes come true.