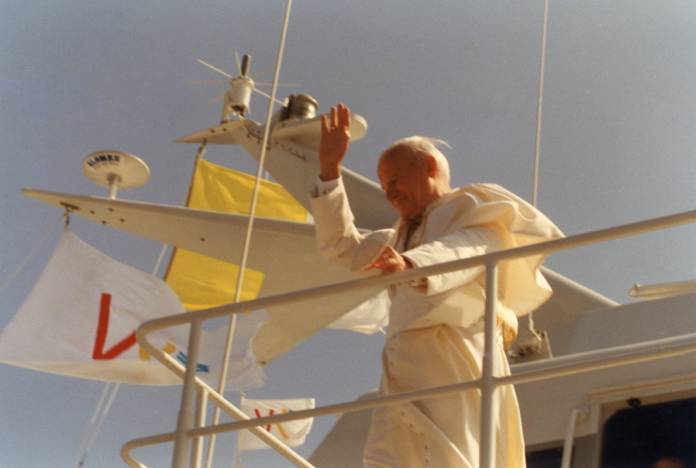 The vessel, the largest high-speed RoPax operating in the Mediterranean, is named after him.

This historic voyage was the highlight of the Pope’s visit to Malta between the 25th and 27th May 1990.