30 new cases of coronavirus have been reported by the health authority on Saturday, after 1,703 swab tests were carried out in the last 24 hours. The latest daily bulletin shows that the total number of active cases stand at 399, after 36 individuals made a recovery.

Earlier during the day the fourteenth coronavirus death was reported, after an octogenarian who was receiving treatment at the Infectious Diseases Unit at Mater Dei passed away.

The man is the fourth victim in one week. On Tuesday, an 89-year-old man became Malta’s thirteenth coronavirus victim, while an 86-year-old woman and an 85-year-old man died on Saturday and Sunday respectively. 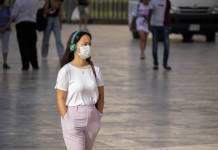 A total of 200,586 swab tests have been carried since the beginning of the pandemic, thus Malta has surpassed the 200,000 mark.

Writing on Twitter, Deputy Prime Minister and Health Minister Chris Fearne announced that Malta has carried out over 200,000 swab tests. He said that this was equivalent to 40% of the country’s resident population.