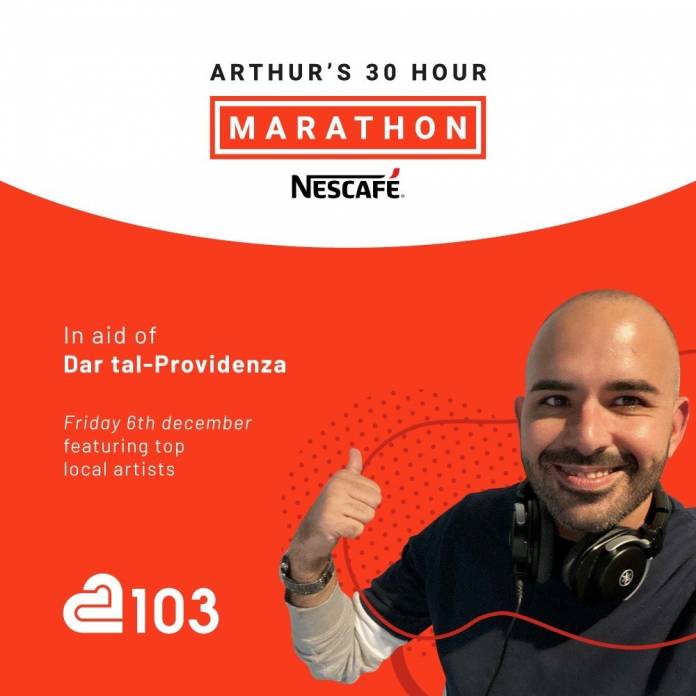 It’s a busy couple of days for Arthur Caruana. The 103 Station Manager and presenter will be spending 30 hours non-stop on the airwaves during a radio marathon in aid of the Dar tal-Providenza.

Arthur will be joined by a number of celebrities and other presenters.The radio marathon will also see the participation of a number of bands and singers who will be performing live in the studio. These include Red Electrick, Airport Impressions, Klinsmann, SterjoTipi, Ozzy Lino, Juno Valdez, Nadine Axisa, Peter Paul from Tribali and Luke Chappell, amongst others.

Donation may be sent by SMS or phone – details will be announced regularly on 103 during the marathon. Listeners can also choose to present their donation in person, taking the opportunity to visit the brand new 103 studios in Blata l-Bajda.