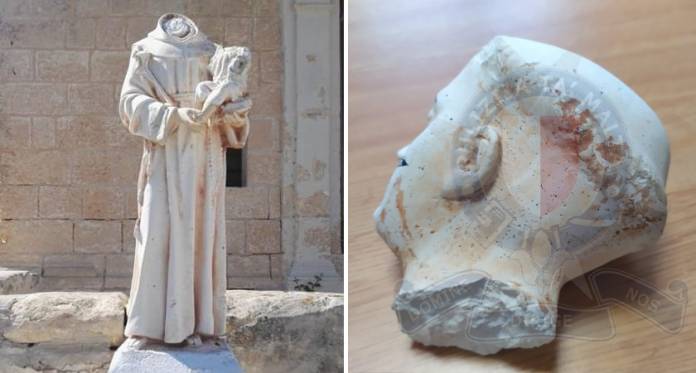 Three youths have been arrested over the beheading of St Anthony’s statue at the Marsaskala family park. 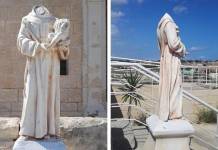 The investigation carried out by the Cultural Heritage Unit within the Major Crimes Squad led to the identification of three alleged perpetrators a 19-year-old French man, an 18-year-old English man and a 17-year-old Maltese girl.

The girl was arrested on Friday evening while the two men were arrested on Saturday afternoon.

The statue was vandalised on 6 October at around 9.30pm.

Not only the statue was beheaded but the vandals had also beheaded Jesus and pulled off his hands.

The statue which is on the parvis of the Chapel dedicated to St Anthony of Padova, is protected by the Cultural Heritage Act.

The head of St Anthony’s statue was found at the residence of the two men.