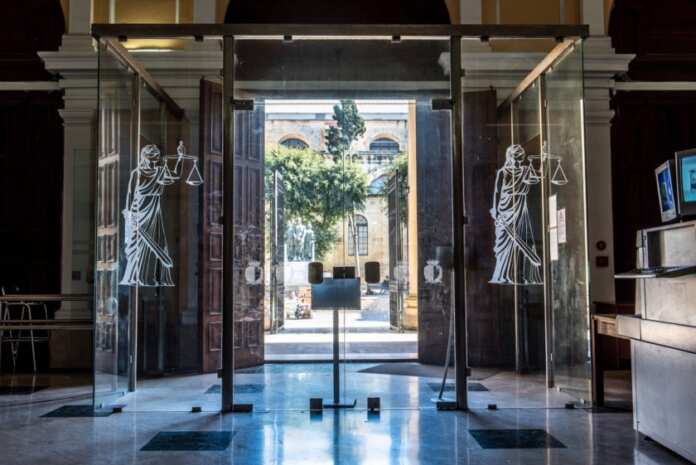 Three in every 1,000 inhabitants are lawyers according to the 2019 EU Justice Scoreboard published in April.

309 individuals per 100,000 inhabitants are lawyers, ranking Malta in the fifth place after Luxembourg, Germany, the United Kingdom, and Ireland. 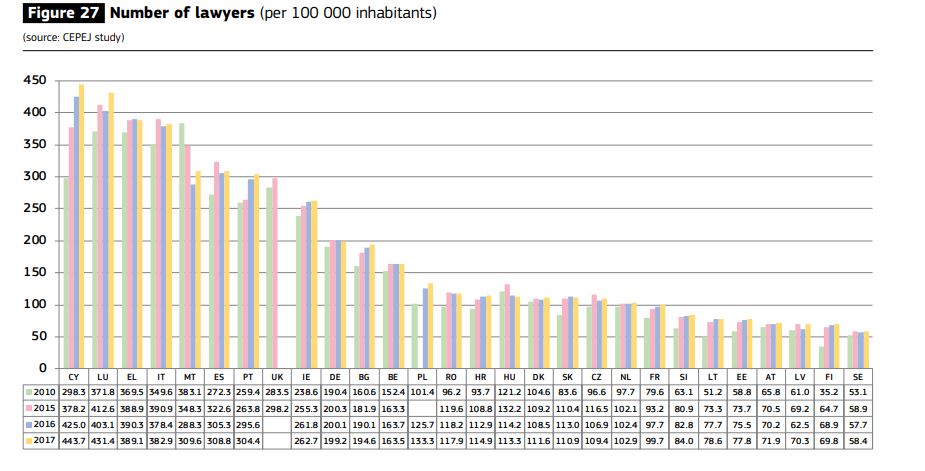 42% perceive judicial independence as fairly good in Malta, while 18% perceive it as fairly bad. 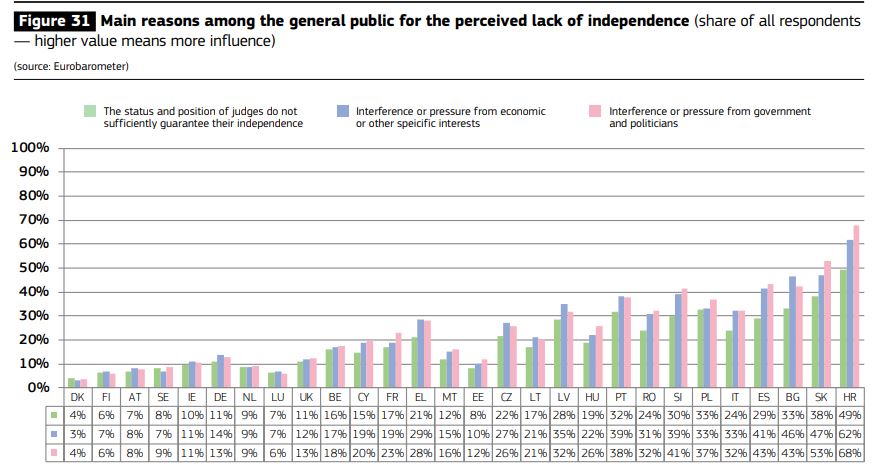 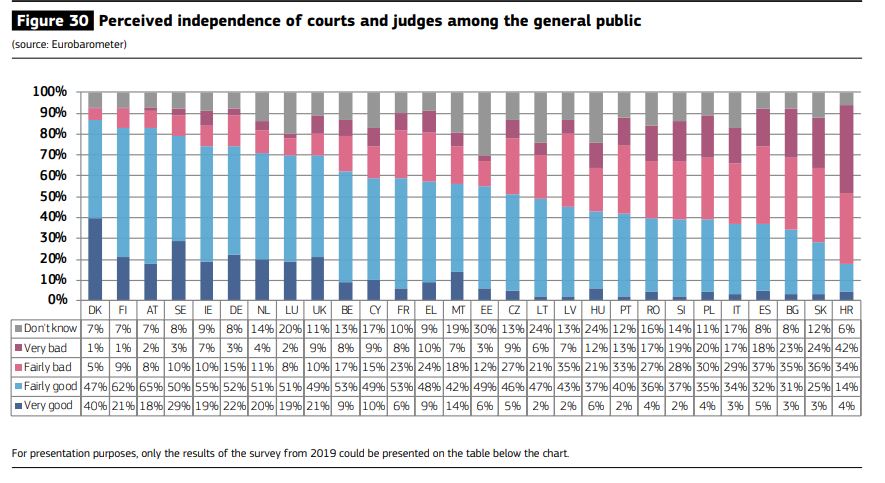 Parties in money laundering cases waited on 1465 days on average for the court to deal with their cases in 2017. The data comes from the 2019 EU Justice Scoreboard published in April. 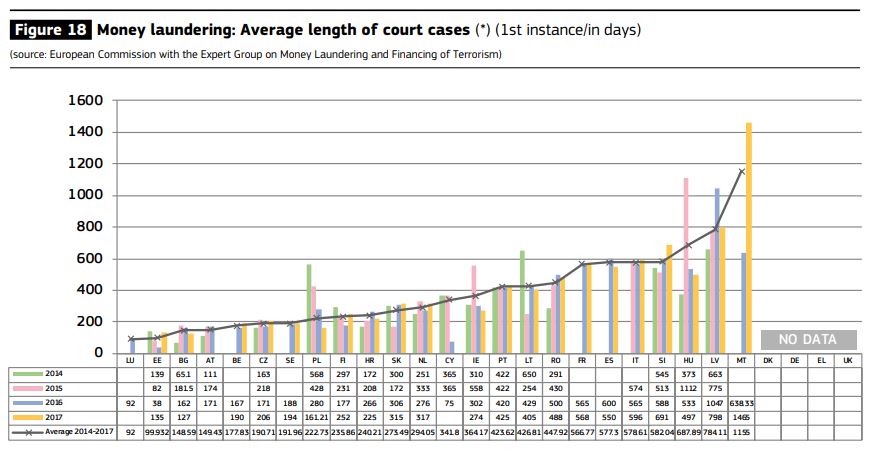 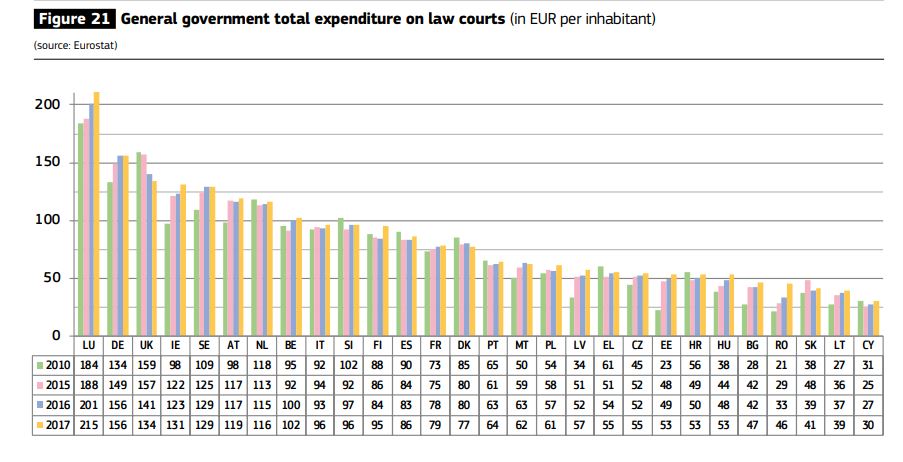 The 2019 Scoreboard includes new indicators on the authorities involved in disciplinary proceedings regarding judges, in the main management powers over national prosecution services and in the appointment and dismissal of national prosecutors. As well as new overview on how financial resources are spent in each justice system, and a new overview on the standards used in highest courts to improve the quality of judgement, in cooperation with the European judicial networks.

In a statement the Government welcomed the EU Justice Scoreboard published by the European Commission, saying that while challenges remain, the report shows that overall the efficiency has improved in Malta’s justice system. The Government said it remains committed to improve the justice system.

“There shouldn’t be a safer place than home”

Peace is based on truth and justice – Bishop Galea-Curmi