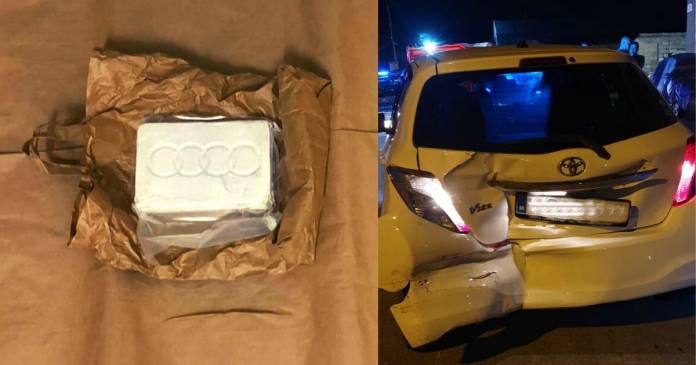 Three individuals were arrested after they were found in possession of a considerable amount of cocaine on Thursday evening.

The police said that the individuals are two men and a woman, aged between 20 and 28. One of the men is a Libyan national, the other man and the woman are Maltese with all three residing in Valletta.

The police stopped the car on Triq it-Tin in Ħal Qormi. The Libyan national who was at the wheel reversed onto the police car when they were stopped. He escaped from the scene only to be arrested later. No one was injured.

The two passengers were arrested immediately.

Following a search by the Drugs Squad a white brick of white substance suspected to be cocaine was found in their car.

Duty Magistrate Astrid May Grima is leading the magisterial inquiry and has appointed various experts to the case.