The latest figures were announced by the Health Ministry. It said that 1,882 swab tests were performed in the last 24 hours.

According to the Ministry, three of today’s cases were found in Mount Carmel Hospital. It also said that 2 cases were traced back to Paceville while five cases linked back to family members who tested positive for the virus. ANother case is linked to a previously known case at work. Contact tracing is ongoing.

The European Centre for Disease Prevention and Control (ECDC) called on member states which are experiencing an increase in cases of coronavirus to reinstate control measures, while sounding the alarm of a “true resurgence” in several countries.

In a “rapid risk assessment” published on Monday, the ECDC warned of a “risk of further escalation of Covid-19” across the continent. 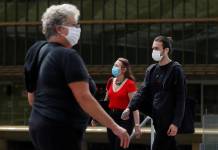