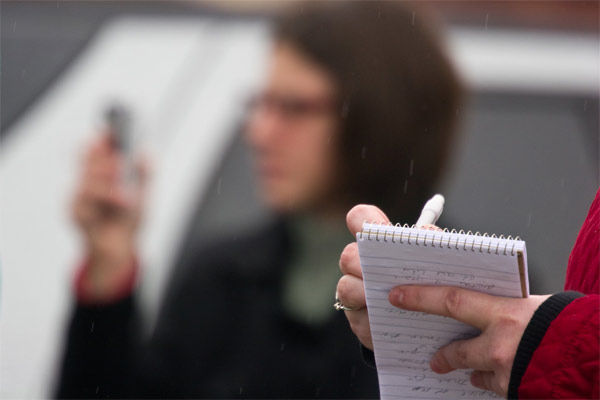 Malta continues to slide down the World Press Freedom Index. It is now standing in the 77th place. In 2017, Malta was positioned in the 47th place. Reporters Without Borders (RSF) have been publishing this index since 2002. 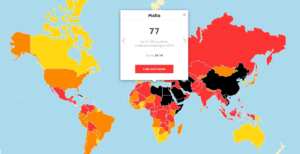 RSF describes Malta and the location where Daphne Caruana Galizia was assassinated in 2017, and to date there is still no indication on who might have commissioned her murder and with a government that keeps ignoring the plea for a public inquest from Maltese and International entities alike.

It also adds that the media in Malta is generally controlled by political parties with the national stations biased in favour of the government and omitting reports on serious cases of corruption.

How did other countries fare?

The top ten countries did not vary from 2018 however some positions have changed. Norway remained unmoved from its first position of 2018, whilst Finland climbed 2 places and is currently standing in second place. Sweden, The Netherlands, Belgium and Switzerland fell down the ranks from 2018 but still stand in the top 10 in third, fourth, ninth and sixth place respectively.

Tanzania saw a sharp drop in the Index dropping to the 128th place from its former 93rd.

Eritrea, North Korea and Turkmenistan kept their position as the last three countries on the Index.

How are countries graded?

Countries are graded according to replies in questionnaires that are circulated amongst journalists through the RSF. Questions focus on pluralism, independence of the media, censorship, and transparency amongst others.

The qualitative analysis is then added to quantitative date in relation to abuse and violence against journalists during the period being surveyed.

John Paul Cordina   February 19, 2020
The government should be courageous enough to admit that the deal through which Steward Healthcare has taken over the running of three public hospitals has failed and cut its losses, the PN’s health spokesman Stephen Spiteri said in Parliament this morning.

Amy Borg   February 19, 2020
The total students enrolled in mandatory education during 2017-2018 stood at 47,289. Of these, 26,532 attended primary school and 20,757 attended secondary school. These statistics were published in a report by the National Statistics Office, NSO. Statistics show that students attending primary schools increased by 2.9 % and those attending secondary schools increased by 0.5% when compared to academic year 2016-2017.

21% of children do not speak about online experiences – Report