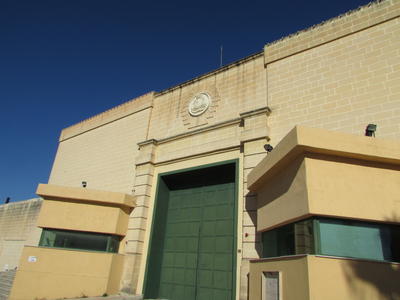 A 25-year-old Pakistani man has been found dead in his cell at the Corradino Corrective Facility, the prison has reported.

The young man’s body was discovered at around 6am by prison wardens doing their rounds.

The CCF said that no suspicious items were found in his cell, and that the initial indications are that he had died in his sleep.

District police have been informed about the case, and duty magistrate Charmaine Galea has launched an inquiry.

The latest death in custody drew condemnation from the Nationalist Party, whose home affairs spokesperson Beppe Fenech Adami said that Minister Byron Camilleri’s inaction on the issue rendered him politically responsible. He said Camilleri appeared to fail to understand that there was a crisis in the administration of the prison.

The Labour Party (PL) stated that the PN has once again politicised death.

The statement said that it’s not the first time that Fenech Adami politicised deaths within Corradino. However, the PL noted that he had ended up being embarassed following his calls for resignations over a natural death that occurred within the prison walls.