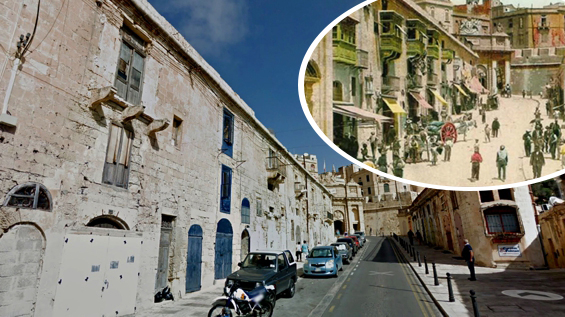 Many would find it hard to imagine Strada Marina more commonly known as ‘It-Telgħa ta’ Liesse’ as the commercial hub in the capital, as it had been dilapidated for decades. However, very soon, the street will be restored to its former glory as the Planning Authority has approved permits for restoration works.

In a press release, the PA said that the restoration works in the street form part of a larger initiative that will regenerate the whole of Valletta and make it more attractive to visiting tourists.

The PA also said that works will be under the supervision of the Malta Tourism Authority. The works will include the cleaning and restoration of the crumbling facades.

During the times of the Knights of St John the street was one of the three entrances to the city. The British found Porta Del Monte too small for the increased activity passing through. In 1885 Emmanuele Luigi Galizia designed a wider gate which we today know as Victoria Gate.