Twenty-two immigrants were handed a nine-month prison sentence after being found guilty of being involved in a violent incident at the Ħal Safi detention centre.

In a statement the police said that the immigrants were also fined €800. The incident took place on the 6th of January.

The police said that the immigrants were arrested after a number of them were found causing damages and ignoring the orders given to them.

According the police, the immigrants were breaking off sections of the centre’s walls and throwing them at officials. 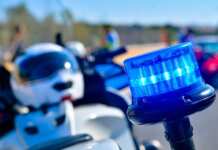 John Paul Cordina   February 24, 2020
The government should investigate the involvement of Finance Minister Edward Scicluna – as well as Joseph Muscat and Konrad Mizzi – in the negotiations which led to Vitals’ concession to run 3 public hospitals being transferred to Steward Healthcare, Nationalist Party leader Adrian Delia said this afternoon.

Nicole Borg   February 25, 2020
The General Affairs Council of he European Union today agreed on a new mandate for the European Commission to start negotiations with the United Kingdom on a future trade agreement between the two parties.

Nicole Borg   February 25, 2020
Maltese teachers seem to be concerned about the coronavirus (COVID-2019) according to Education Minister Owen Bonnici. In a press release issued later, the Malta Union of Teachers (MUT) issued a warning to all teachers and students who recently visited any of the affected countries to not show up at school.