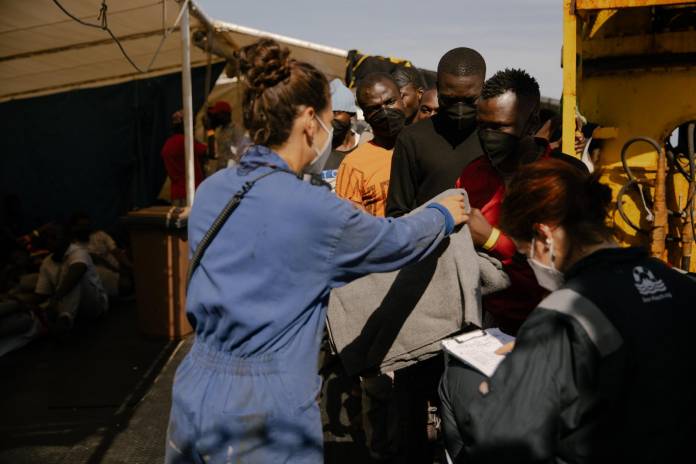 Alarm Phone is appealing to Malta to rescue a wooden boat in distress, on which there is two pregnant women and a child amongst 49 passengers.

The Armed Forces of Malta stated that they had no information when contacted about it.

On Twitter, Alarm Phone stated that they are 50nm from Lampedusa. However, the area is still within Malta’s Search and Rescue zone (SAR). According to Alarm Phone, they have fleed from Libya, and water is entering the boat.

Earlier today, Sea-Watch appealed to the Maltese and Italian authorities to save two boats in distress in the Maltese Search and Rescue Zone.

On Facebook, the humanitarian NGO said that its vessel Sea-Watch 3 saved a second boat full of migrants fleeing Libya last night. Now it has 165 migrants aboard.

However, two boats remain in distress in the Maltese SAR region “because Malta and Italy refuse to intervene.” “Don’t let them drown,” the NGO appealed.

Following several local and international appeals, the Government allowed a total of 425 migrants to disembark in the beginning of this month, after they were kept on quarantine ships for a number of weeks, because of the coronavirus pandemic.

Updated: Open Arms ship to be seized by Agrigento prosecutor, migrants to disembark