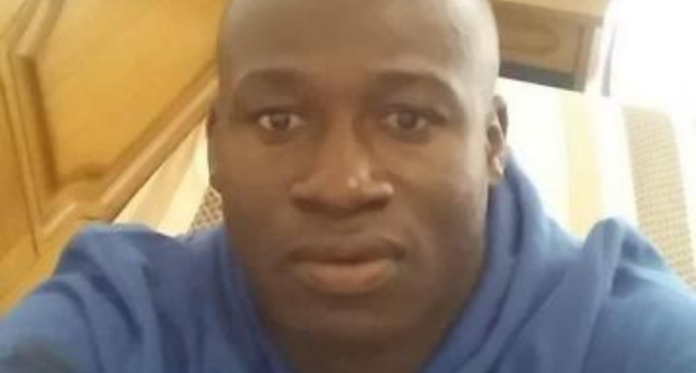 Archbishop Charles Scicluna reacted to the news of arrests saying that it is with ‘great sadness, shock and shame’ that Malta confronts the true evil face of the xenophobia, hatred and sense of impunity that poison a number of people. Mgr Scicluna posted on Twitter after reports emerged that two men had been arrested in connection with the murder of an Ivorian national on 6 April. A murder which is thought to have been racially motivated attack. The police later in the day confirmed that indeed two people were arrested and that the weapon and vehicle used have been seized.

Great sadness, shock and shame as we confront the true evil face of the xenophobia, hatred and sense of impunity that poison a number of us Maltese: soldiers arrested for killing Ħal Far migrant ‘because he was black’ https://t.co/WoU1uxRxhM

Two individuals have been arrested in connection to the brutal murder which took the life of Lassana Cisse in April. Aditus Foundation, JRS and Integra Foundation reacted in a statement reacting to the media reports of the reported arrest. This was followed later by three tweets by Prime Minister Joseph Muscat. Early on Saturday afternoon the police have confirmed that two Maltese have been arrested in relation to the case.

The Ivorian national was killed in a brutal drive-by shooting during which two other men were also injured. The cold blood murder took place on 6 April in Triq il-Ġebel at 11pm. The victims were walking from Birżebbuġia and into Ħal Far when shots were fired from a car, suspected to be a white Toyota Starlet. The other two victims were a 22-year-old from Guinea and a 28-year-old from Gambia.

Local media is reporting that two soldiers are believed to be behind the drive-by murder of Cisse. One of the individuals has already been arrested while the other is still on the run, local media has reported.

Sources that have spoken with Times of Malta reportedly said that one of the accused had admitted to targeting the migrants.

In a statement by the police later on during the day, the police said that following days of investigation, the Criminal Department and the Żejtun District Police have arrested two Maltese men suspected of having carried out the murder. The police have explained that the investigations are ongoing and that no further information is available. Duty Magistrate Rachel Montebello has been informed with the latest developments, the police said while there is an ongoing magisterial inquiry into the case.

The weapon used in the murder and the vehicle have been identified and seized by the police.

‘This was a racially motivated hate crime’ – NGOs

Three NGOs have reacted following the media reports. Aditus Foundation, JRS and Integra Foundation commended the work carried out by the police in a statement. The NGOs stated that Cisse was specifically targeted and murdered in cold blood because of his colour. In a short brief statement the NGOs stated that the crime was racially motivated describing the act of violence as one that ‘must send a shudder through the body of every one of us’. The NGOs hope that the arrest will bring some peace of mind to the family of the victim and the survivors who are still coming to terms with what happened.

Prime Minister Joseph Muscat confirmed that the two persons who were arrested are indeed members of the Armed Forces of Malta and said that they do not represent the ethos of the AFM in a tweet. In one of three separate tweets, Muscat elaborated that there is an ongoing internal investigation along with other security services to determine whether these individuals were isolated or part of something wider.

Opposition and Partit Nazzjonalista leader Adrian Delia said that Partit Nazzjonalista fully condemns hate crime, racially motivated violence and racial discrimination in all its forms. The PN demanded an urgent, independent, transparent and thorough investigation. Delia further stated that this is not the Malta which is desired while he thanked the police for their work.

‘Politicians have a lot to answer for’ – Arnold Cassola

Independent MEP hopeful and former Alternattiva Demokratika – The Green Party chairman Arnold Cassola in a statement said that ‘those politicians have fanned racial hatred through their white supremacy theories or apartheid proposals’ have a lot to answer for.

Cassola described the news of the arrests made on Saturday morning as ‘shocking’. The independent MEP candidate said while ‘bad apples exist everywhere’, he remarked that having two soldiers whose mission is to protect the people on the islands consciously involved, as being ‘really to much to digest’.

‘Relief that the alleged culprits were arrested’

Kahin Ismail, the United Nations Refugee Agency Representative to Malta in a statement said that ‘it is a relief for refugees and migrants living in the locality as well as the community that the alleged culprits were arrested.’ In its statement the UNHCR commended the work of the police for its investigation. The Refugee Agency said that it is deeply perturbed by the news reports which confirm that the murder was indeed racially motivated.

The UNHCR said that while the AFM has rescued and continues to rescue asylum seekers at sea, a thorough investigation is required to ensure that rogue elements within the Armed Forces are rooted out.

In a statement President George Vella expressed his sadness at the news. He reminded that everyone is presumed innocent unless found guilty by the Law Courts. Further the President said that he emphasized the fact that this ‘should not in any way reflect on the country’s corps’. He conveyed his condolences to the migrant community in Malta.