Nineteen men were jailed after admitting to being involved in in riots which took place at the Safi detention centre last October, while another who protested his innocence was acquitted of all charges.

Magistrate Marse-Ann Farrugia sentenced the youngest one– a 17-year-old – was jailed for 9 months, while the rest were given 1-year jail terms.

On 28 October, the group were involved in a protest which started peacefully but escalated, with detainees understood to have started pelting detention centre staff. However, no injuries had been reported. 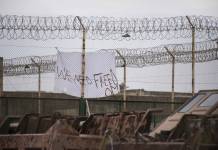 Twenty men had been charged with causing wilful damage, participating in an unlawful assembly, disobeying police orders and breaching the peace. But while 19 ultimately pleaded guilty, the other protested his innocence and refused to follow suit.

Five detention centre staff had testified that they had not seen him participate in the demonstrations, and ultimately, Magistrate Farrugia acquitted him of all charges.

The magistrate took into consideration the men’s guilty plea – though she pointed out it was not filed at an early stage of proceedings – their clean criminal records and the fact that they had apologised to the detention centre staff for all the trouble caused.

The men have been in preventive custody since their arrest last October, and this period will count towards their sentence.

Amnesty condemns Malta for targeting those who help refugees

Coryse Borg   April 3, 2020
A leaflet together with a packet of 25 lottery tickets has been distributed to each household in Malta and Gozo. The general public is being urged to help raise funds by submitting the lottery tickets to Hospice Malta before the 8th of May when the draw is due.