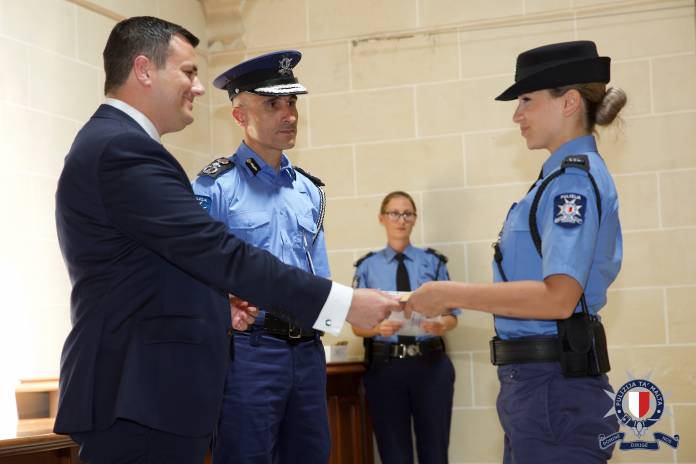 30 police constables were today promoted to sergeants during a ceremony held at the Police Headquarters in Floriana. 18 were men, while 12 were women.

Camilleri told the sergeants to remain ambitious, and that they are now to serve as an example of discipline to their colleagues. Gafà, on his end, told them that the way forward for the Police Corps is pro-activity, and the ability to put the victims at the forefront of their operations. He stated that there must be better communication with victims of crimes, so as to ensure the people’s trust.

They concluded by congratulating the sergeants on their new rank, while thanking them for their contribution to the Police Corps.