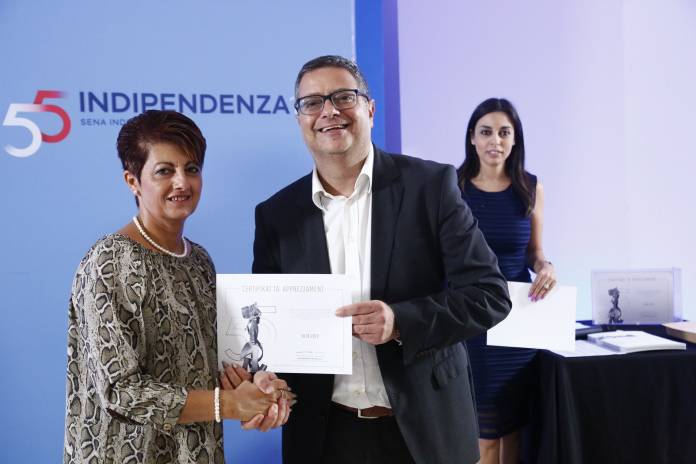 1,700 new memberships were issued by the Partit Nazzjonalista (PN) in the past year. This makes the PN membership total to 24,000, the highest over the past 13 years.

Partit Nazzjonalista (PN) leader Adrian Delia said this during an activity that celebrated the 55th birthday of a number of party members.

These members are also the messengers and the marketing medium that spread the politics of the PN.

Charmaine Attard   August 1, 2020
Josef Vella, the CEO of the union will answer questions by Fr Joe Borg during Newsbook Hour the current affairs flagship programme on 103 Malta’s Heart and Newsbook.com.mt.

Jesmond Saliba   August 3, 2020
The White House and Donald Trump's campaign on Sunday sought to shut down the Republican president's musings on delaying the 2020 vote, saying there will be an election on Nov. 3.

Amy Borg   August 1, 2020
On Twitter, the NGO reported that the boat is sinking and that the migrants urgently need help.

Alfred Sant questions if MAM’s decisions were intended to humiliate the...