Six airlines will be offering direct connections to 17 airports in nine countries and regions, including Sicily, Germany, Switzerland and Luxembourg, for the period between July and October, announced the Malta International Airport, MIA.

MIA said that the summer schedule is being updated to reflect the most recent developments and has also recommended that prospective travellers check what health and safety protocols are in place at their preferred country of destination prior to booking a flight.

The MIA will resume its operations as of the 1st of July, as announced recently by Prime Minister Robert Abela. 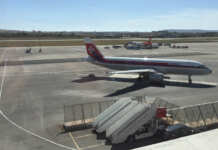 The Malta International Airport connects to over 100 destinations in more than 30 countries. The airport hosts more than 7 million passengers annually, of which the majority are inbound tourists.

The company explained that to be able to cater for an ever-increasing number of passengers, the company has consistently invested in the terminal since the airport’s privatisation in 2002, with the Terminal Reconfiguration Project bringing about the most recent overhaul.

The airport campus itself has grown to provide over 1,500 parking spaces, and 14,000m² of office and retail space housed within SkyParks Business Centre, with projects in the offing, such as the Terminal Expansion Project, set to bring about further expansion. 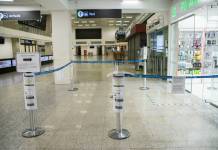 In its statement issued on Thursday MIA said that during May the airport handled just 3,081 passengers as a travel ban remained in place due to the COVID-19 pandemic.

This means a decrease of more than 670,000 passenger movements when compared to May 2019.

As air traffic to and from Malta remained at an almost complete standstill for the second full month, aircraft movements throughout May amounted to merely 283 take-offs and landings.

43% of flights for the month of May were humanitarian and repatriation, ferrying passengers to and from more than 10 countries. The rest were cargo flights, which registered an increase of 11% in movements over the same month last year.

Crash between two vehicles at MIA