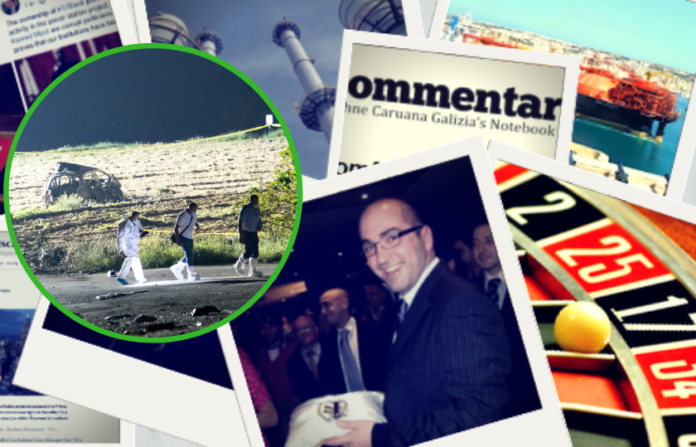 Journalists Stephen Grey and Matthew Caruana Galizia said of 17 Black that they found no evidence of an inquiry and that an Electrogas Whistleblower passed on information about the company. This while meeting the Special Committee on Financial Crimes, Tax Evasion and Tax Avoidance (TAX3) this evening at the European Parliament in Strasbourg.

Grey is a Reuters journalist, who is working on the Daphne Project and helped to identify the owner of 17 Black, Yorgen Fenech. Meanwhile, Matthew Caruana Galizia is a journalist and founder of the ICIJ Data and Research Unit, and son of assassinated journalist Daphne Caruana Galizia. Their meeting followed Justice Minister Owen Bonnici addressing the Committee on Financial Crimes and the state of affairs in Malta.

“Political agendas do not sit comfortably with impartiality” – Bonnici

Caruana Galizia detailed the work he did with the International Consortium of Investigative Journalists, also explaining that Daphne Caruana Galizia used to work on journalistic investigations regarding the Prime Minister Joseph Muscat, Minister Konrad Mizzi, OPM Chief of Staff Keith Schembri, Brian Tonna, Karl Cini, and others. He started out by also explaining how Electrogas was chosen, and how they buy and sell gas.

Caruana Galizia explained that, in 2017 he was was helping his mother as a technician when a whistleblower from Electrogas wanted to pass on information, and he used to act as a middle man between the man and his mother. The journalist also pointed out how Karl Cini started his correspondence with Mossak Fonseca in 2013 to buy the now infamous companies in Panama. These were meant to receive money from UAE companies 17 Black and MacBridge, which in turn were meant to receive money from China and India, among others.

Grey meanwhile said that their investigations showed that checks and balances in Malta are very weak, mentioning the case of Pilatus Bank. He also spoke about Yorgen Fenech, director and shareholder in the Electrogas consortium, and owner of 17 Black.

He said that when the Prime Minister was asked about the company, Muscat said that there was an inquiry, however, Grey said that it isn’t exactly clear what really is going on. The journalist added that when they last checked, there was no request by Maltese authorities to get information from Latvia or the UAE to be given any information. He concluded that they did not see any evidence whatsoever that there was an inquiry at all.