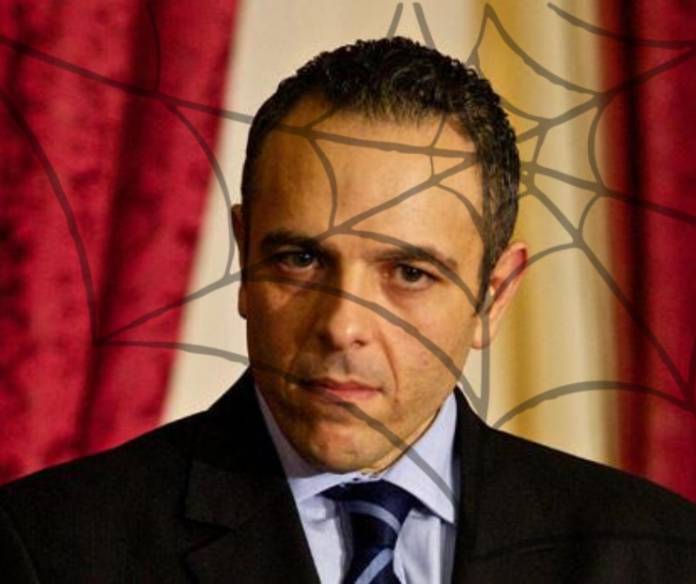 While giving a comment to Newsbook.com.mt, lawyer Simon Busuttil has called for Schembri’s resignation.

Daphne Caruana Galizia’s sister has stormed out of the courtroom.

Schembri has withdrawn his libel suit.

“Because the applicant is feeling that many of his fundamental and constitutional rights are being prejudiced and because the witness is collaborating with the judicial authorities in other, connected, proceedings, he is at this stage unconditionally ceding the libel suit.”

Keith Schembri refused to answer the first question. Magistrate Axiaq ordered him to respond, and reminded him that not doing so will have repercussions.

The Court has been suspended so that Schembri can consult with his lawyer.

In Court, Magistrate Victor Axiaq stated that he was recently asked to abstain from the case, as he had once represented Schembri as his lawyer.

The Magistrate said that he refused this request, and ordered the case to begin immediately. Schembri’s lawyer asked the Court that his client not appear as a witness on the day, as he is the focus of ongoing magisterial inquiries being conducted.

The Magistrate asked for a five-minute pause.

Keith Schembri took the stand at 10.30am.

The Prime Minister’s Chief of Staff Keith Schembri is set to appear in court Monday morning. He will be testifying on the Dubai-based company 17 Black, after the former Leader of the Opposition Simon Busuttil opened the case in 2016.

Back in February 2017, journalist Daphne Caruana Galizia had named the Dubai-based offshore company. In that same month, Caruana Galizia wrote about the “thieves” who made use of 17 Black and transferred funds into and out of Dubai.

In an article, the owner of 17 Black was identified by the Times of Malta and the international news agency Reuters as Electrogas Director and Tumas Group CEO Yorgen Fenech.

The Daphne Project had revealed that according to an email that originated from Nexia BT, 17 Black would have transferred funds to Hearnville and Tillgate, the off-shore Panamanian companies owned by the Mizzi and Schembri respectively. Both Mizzi and Schembri denied ever being recipients of funds.

The then Opposition Leader Simon Busuttil had filed an application to open a magisterial inquiry on Mizzi and Schembri, with Magistrate Ian Farrugia accepting the application saying that there were enough grounds for the inquiry to start into money laundering allegations.

When Daphne revealed 17 Black in February 2017, Newsbook.com.mt had then asked Prime Minister Joseph Muscat whether he knew about its existence, with Muscat replying that he was not aware of the company.

In a cryptic comment under her post on 17 Black, Daphne Caruana Galizia had mentioned Yorgen Fenech as a reply to one a comment by one of her readers.

The then Opposition Leader Simon Busuttil had filed an application to open a magisterial inquiry on Mizzi and Schembri, with Magistrate Ian Farrugia accepting the application saying that there were enough grounds for the inquiry to start into money laundering allegations.

The Daphne Project had revealed that €1.3 million were transferred to 17 Black. The transfer came from an Azeri businessman and the Maltese LNG tanker agent. According to an email from Nexia BT 17 Black was going to wire money into the two offshore companies belonging to Mizzi and Schembri. Nexia BT was responsible of setting up the companies for Mizzi and Schembri, it was also involved in consultation work for the Office of the Prime Minister, Nexia BT had said that Mizzi and Schembri were set to receive $2 million yearly. However, both men have denied receiving any money.

May 2018: Second inquiry on Schembri and Mizzi

Magistrate Francesco Depasquale said that the $1.6 million transfer allegation to the “target clients” in Panama belonging to Mizzi and Schembri should also be under investigation. However, he had decided that it made no sense to open a separate investigation and ordered that this information should be investigated by Magistrate Ian Farrugia.

Farrugia is leading a magisterial inquiry on money laundering allegations, following an application by PN MP Simon Busuttil and MEP David Casa. Casa had described Muscat’s efforts in protecting Mizzi and Schembri as making him seem as though he was an accomplice. Mizzi had claimed that the outcome of Egrant showed that both he and Schembri were innocent.

Following an investigation by Reuters and Times of Malta, it was revealed that the owner of 17 Black was Yorgen Fenech, the director of Electrogas which is responsible for Delimara power station. According to Reuters, Fenech did not want to say whether or not he was the owner of 17 Black. In October, Mizzi and Schembri had told Reuters that they knew nothing about the links between 17 Black and Yorgen Fenech. Mizzi said he had no information about 17 Black while Schembri denied getting anything out of the power station deal.

Reuters   January 21, 2020
The 116-page Trial Memorandum sought to undercut charges that the Republican president abused his power and obstructed Congress, and constituted Trump's first comprehensive defence before his Senate trial begins in earnest on Tuesday.