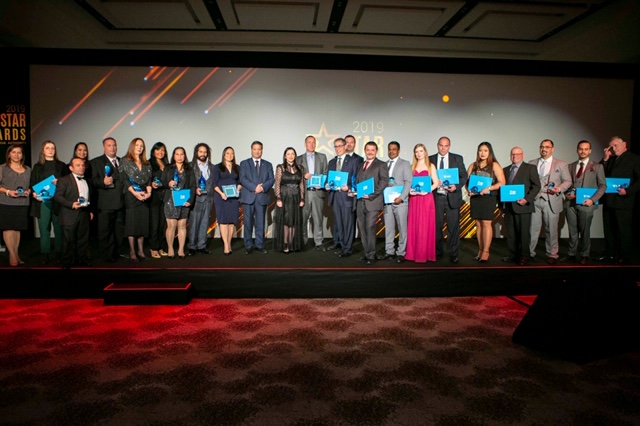 This year’s edition of the Special Thanks And Recognition (STAR) Awards presentation ceremony took place recently at the Westin Dragonara Resort, St Julian’s.

Organised for the fifteenth consecutive year by the Malta Tourism Authority, this annual event recognises exceptional service and hospitality by the people who work in the tourism industry.

The Hotel Worker of the Year award for 2019 was won by Melissa Samburgo, a Guest Relations Manager at the Grand Hotel Excelsior. A special recognition award was given to William Hatherly for his contribution to the tourism sector.

Minister for Tourism Julia Farrugia Portelli congratulated all nominees and winners of the STAR Awards. Farrugia Portelli recognised the importance of high-quality service and tourism product in the hospitality industry which contributes to the country’s economic progress and well-being.

For more information on the STAR Awards or to nominate a person working in the tourism industry, you may visit: www.starawardsmalta.com

Malta is the big winner of Belgian Tourist Awards 2019