A total of 154 fines were issued in connection to contraventions relating to the wearing of masks during the month of August.

The figures recorded on the local enforcement system (LES) includes a list of coronavirus-realted infringements between 13 March and 31 August.

Since 8 August the use of face masks in public has been enforced through a legal notice. Wearing of face masks has been made mandatory inside shops, when using public transport, at the Gozo Channel terminals and the Malta International Airport. Anyone caught breaching the regulation will be fined €100 but will get a €50 discount if they admit. 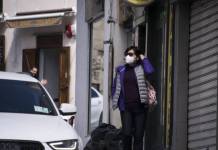 55 fines were issued in the country’s southern region, followed by 43 fines in the central region, 22 in the northern region and 32 in the southeastern region. Only two people were fined on Gozo.

Once the regulation came into force a total of 34 fines were dished out to individuals caught in breach of the rule over a few days. This was announced by the Superintendent of Public Health Professor Charmaine Gauci during an interview on the national broadcaster. Professor Gauci had highlighted that children under three years should not be made to wear a mask. 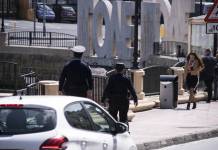 To date, a total of 1,859 fines were issued over coronavirus-related infringements. The fines were mostly issued in cases where people breached social distancing rules.

By geographical distribution, the highest amount of fines were issued in the northern region (916) while the lowest amount was issued in Gozo (42).