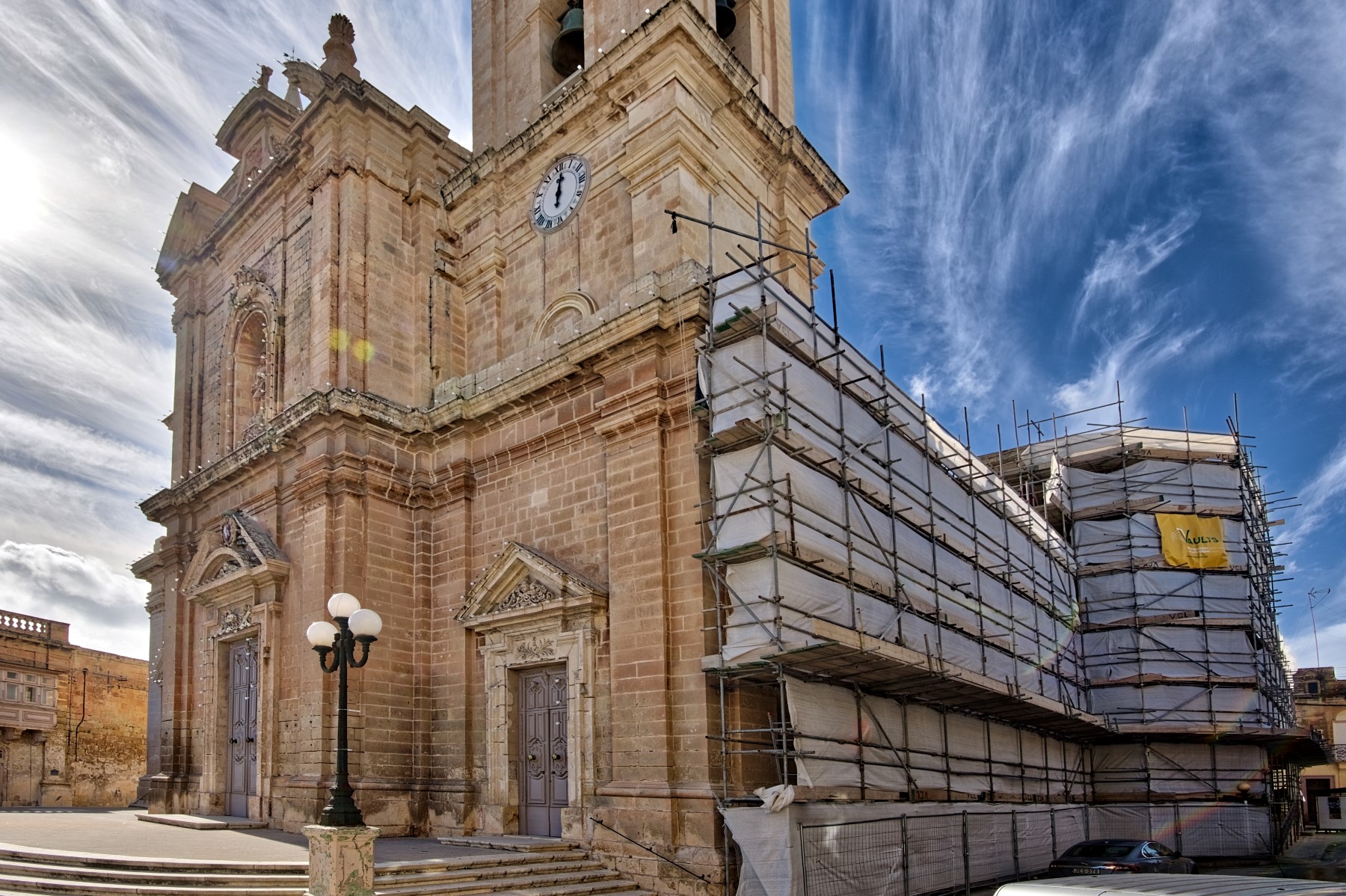 Restoration and conservation work on various projects in 15 parish churches has started.

During a press conference, the Administrative Secretary of the Archdiocese of Malta Michael Pace Ross and the Parliamentary Secretary for European Funds Aaron Farrugia announced the €2.2 million investment which will be 80% co-financed through European funds.

During the press conference, it was explained that church and chapel facades, church bell towers, paintings and other forms of artwork will be restored in order to conserve religious heritage for future generations.

The Archbishop’s Curia archives at Floriana is among the projects benefiting from the European funds. A new museum will also be set up at the visitors’ lodge at Mellieħa Sanctuary Parish square. Studies on St Mary Parish Church at Birkirkara will also be carried out to determine the intervention needed.

Mr Pace Ross expressed his satisfaction at the work carried out to secure European funds. He remarked that, through these funds, various works of art will be restored for the public to enjoy. In his address, Pace Ross, reiterated Archbishop Charles Scicluna appeal that one needs to appreciate our ancestors’ sacrifices who expressed their faith through sacred art which one still enjoys today. He continued saying that one needs to conserve works of art such as these for future generations.

The Curia’s Administrative Secretary also said that the funds will be used to restore and conserve cultural heritage and that this was an investment in safeguarding our Maltese identity.

Parliamentary Secretary Aaron Farrugia said that through European funds, the concept of communities is strengthened and that cultural heritage was safeguarded for the future. He stated that more than €80 million of European Regional Funds were invested in the conservation and promotion of Malta’s cultural heritage.

Reopen for mass with public after 3 months

Staff Reporter   July 3, 2020
In a first for Palazzo Falson Historic House Museum on March 12th 2020 – prior to the nationwide shutdown implemented by authorities – the palazzo closed its doors to the general public