The health ministry announced on Facebook that 52 more patients made a recovery.

The number of active cases now stands at 1,347. The cases reported today are still under investigation.

From the 204 cases announced on Saturday; 46 were family members of already known cases, 18 were transmitted through work colleagues, 3 from Paceville, 9 were a direct contact of positive cases and 4 were from social gatherings.

From the 204 cases announced on Saturday, 124 were sporadic. 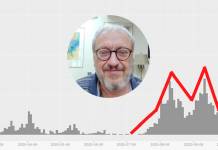