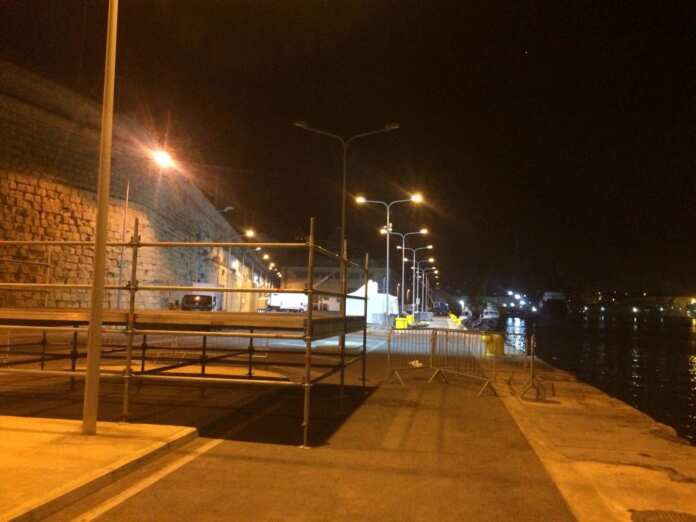 38 children under the age of 15 some of which are unaccompanied, mothers, fathers, some who need medical attention have been awaiting their fate on board the NGO rescue ship Aquarius for the past four days. The ship was refused entry by Libya, Malta, Tunisia and Italy. The concession to allow the vessel to disembark in Malta was granted after five European Union countries agreed to take in the 141 migrants on board. However as of yet no official authorisation has been issued to allow Aquarius to dock.

This was confirmed earlier by sources close to Doctors Without Borders as well as late on Tuesday evening by an Italian journalist, Angela Gennaro, working for Il Fatto Quotidiano on Twitter.

Newsbook.com.mt sent in questions to Transport Malta asking to confirm whether the official authorisation was issued for the vessel MV Aquarius to dock in Malta and at what time is the ship expected to arrive in Malta. However a spokesperson for Transport Malta said that this would be announced at a later stage.

In the meantime preparations were underway at Boiler Wharf were Aquarius was expected to dock.

The non-governmental organisation who works in civil search and rescue Mission Lifeline posted a tweet showing the preparations. In their tweet they asked why the rescuees were not in Malta yet. Lifeline’s ship is impounded in Malta, as the court case against the vessel’s Captain continues in court.

🇲🇹 As long as the bleachers are not built for the press, the #Aquarius can not moor. We don’t know exactly why the rescued are not yet ashore. But we now see that the leaders stage themselves as heroes while hindering rescue ships. #lifeline pic.twitter.com/ub7O9OCLgk

The concession was granted by the Maltese Government after discussion took place between Malta and France. Five EU countries agreed to take in the 141 people on board Aquarius.

MV Aquarius was chartered by SOS Mediterranee and is operated by MSF and SOS Mediterranee. Earlier on Tuesday the Government of Gibraltar decided to rescind the registration of MV Aquarius. A notification was sent on August 6 which will come into force on August 20.