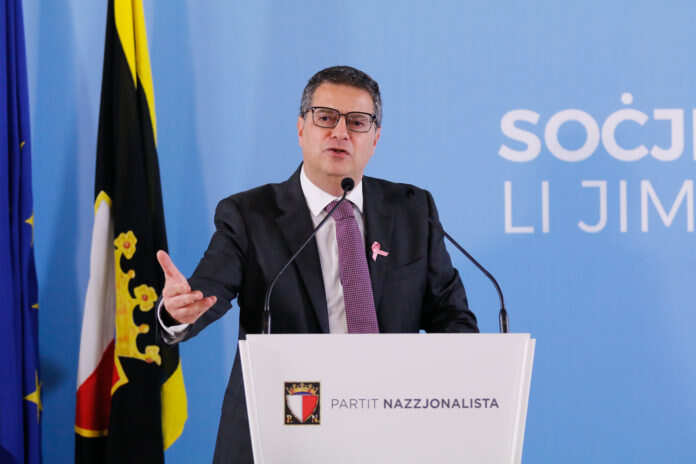 Partit Nazzjonalista Leader Adrian Delia criticised the government’s approach towards asylum seekers saying that while these were left stranded at sea, the government was at the same time working to bring over some 13,000 employees from abroad.  Delia was addressing a party activity in Rabat on Sunday. Quoting the government, Delia told those present that in the government’s words Malta’s economy could only grow if there was a grow in the population. Delia said that the citizens were capable of leading the economy and not importing it.

‘Even Fearne said that the Vitals contract was a bad deal’

The Nationalist Party Leader said that even Deputy Prime Minister and Health Minister Chris Fearne recognised that the hospitals’ deal with VGH was a “bad” deal. According to Delia, then-Health Minister Konrad Mizzi was trusted by the Government to negotiate a “superficial” deal which allowed Vitals to transfer the once-public hospital to others. Delia brushed off claims of internal party woes, saying that the Vitals deal illustrated the split in the Government.

“If you’d like to unite the country, choose a president coming from the Nationalist camp”

Delia appealed to Prime Minister Joseph Muscat on Sunday, saying that if the Prime Minister really believed in bringing unity to the country, then he should choose the next President of the Republic from the Nationalist camp. President Marie-Louise Coleiro Preca’s term comes to an end in April. The Nationalist leader reminded that the PN had voted with the government approving Coleiro Preca’s appointment. He then praised her work especially her work in the social sector.

Delia opened his speech quoting X Factor winner Michela Pace, stressing the importance of never giving up. Speaking about Pace, Delia said that the young singer has arrived at a stage which was unthinkable up to a couple of weeks back, gaining popularity and recognition. The Party leader insisted that local artists need to be more respected, recognised and compensated for their work.

The Nationalist Party congratulated Michela Pace who was crowned winner of the X Factor Malta first edition on Saturday. PN congratulated all the finalists in a statement on Sunday, describing them as a “showcase” of Maltese talent.