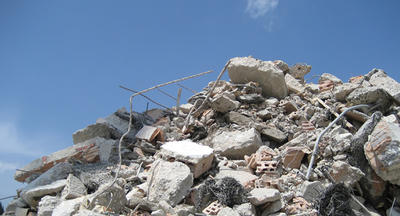 Work will soon begin work to remove around 130 trucks of waste from Majjistral Park.

They will be removing thousands of tons of illegally dumped construction waste which have been there for many years.

Herrera said that “this is one of the biggest clean-ups which have ever taken place in Malta”.

Government to prioritise the conservation and management of Majjistral Park