Twelve individuals have been arraigned over hunting offences during the spring hunting season, after the Administrative Law Enforcement (ALE) unit police carried out 2,241 inspections.

One of the people caught was taken to the court twice, for a total of 13 arraignments, the police said in a statement. An individual was arraigned after he was caught trapping birds illegally. 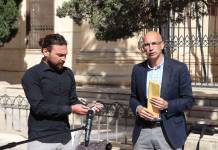 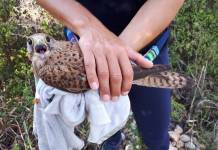 The police are investigating the various reports filed by non-governmental organisations including the incident when a child was photographed handling a hunting rifle.

Thirteen hunting rifles were among the items seized by the police during the spring hunting season. Bird trapping nets and birdcallers were also seized.

A 32-year-old man who tried to shoot down a protected black stork was among those arrested. The incident happened on 23 April in iż-Żebbiegħ. The ALE officers were assisted by the Rapid Intervention Unit. The man was arraigned the next day.

The Armed Forces of Malta also assisted the police during these inspections.