The donation of photographer Guido Stilon’s image collection (1932-1975) was made by Grace Cilia Vincenti with the aim of preserving her late husband’s collection and also making it accessible to the public.

Minister for the National Heritage, the Arts and Local Government José Herrera visited the exhibition of the latest acquisition by the National Archives of Stilon’s photographic collection.

This collection, which includes around 6,000 black and white negatives and over 5,300 colour slides, contains unique photographs of the profound social, economic and political changes of Malta that emerged from war and trying to rebuilt itself in a new world.

Herrera stated that photography is an essential part of our archives since it is a method of preserving collective memory. He thanked Galea Vincenti and her family, and all those who helped and contributed in order for this collection to be donated to the National Archives.

Dr Charles Farrugia, CEO and National Archivist, explained that Guido Stilon managed to capture life in Malta, primarily during the 1950s and 1960s through street photography and scenes of urban, industrial and agricultural labour, as well as outdoor portraiture of friends and family. He also mentioned how this collection is a major contribution to the efforts of the National Archives in order to preserve and make accessible the national recollection.

An exhibition of previously unseen work by Stilon was recently held at the Malta Postal Museum & Arts Hub
Watch: Maltese life in the 1950s and 1960s through the lens of Guido Stilon 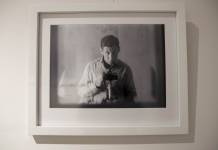 Do you have any old photographs of Malta or Gozo that you would like to share with the general public?

Watch: Maltese life in the 1950s and 1960s through the lens of Guido Stilon