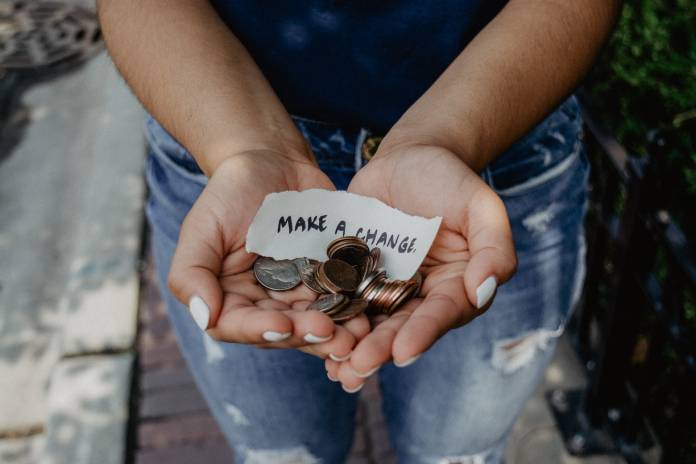 The 5th September is designated as the International Day of Charity by the United Nations.

It was established with the objective of sensitising and mobilising people, NGOs, and stakeholders all around the world to help others through volunteer and philanthropic activities.

The date of the 5th September was chosen in order to commemorate the anniversary of the passing away of Mother Teresa of Calcutta, who received the Nobel Peace Prize in 1979 “for work undertaken in the struggle to overcome poverty and distress, which also constitute a threat to peace”.

To commemorate the occasion, Newsbook.com.mt has compiled a list of 10 charities and NGOs in Malta that could really do with help/donations.

Aid to the Church in Need (ACN) came into being in 1947 when a young Norbertine priest, Father Werenfried van Straaten – whose name means ‘Warrior for Peace’ – responded to an appeal for reconciliation made by Pope Pius XII in the bitter early years after World War II. In 2011, it was announced that Pope Benedict XVI had elevated the international organisation, of which the Maltese office is a part, to the status of Pontifical Foundation. ACN strengthens the Church through prayer, information and action where Christians are persecuted or suffering. Its projects include providing Mass stipends and subsistence aid, as well as transport for priests and Sisters who undertake exhausting and sometimes perilous journeys across difficult terrain to bring the sacraments, pastoral teaching, schooling and healthcare to the faithful.

You may donate to ACN (Malta) here.

The YMCA movement was originally founded in England by George Williams in 1844. In Malta YMCA Valletta, was founded in 1976. In 2019, YMCA Malta was officially launched as the National YMCA with local YMCA branches in several localities. Among other things, the YMCA supports the positive development of youths as a preventive measure and they intervene by offering a spectrum of social work services to individuals who are underprivileged or socially disadvantaged. They seek to help all people irrespective of their mental and physical abilities and without any discrimination to sex, religion, nationality, race and political opinion.

You may donate to YMCA Malta here.

Inspire believes that everyone has a right to equality and inclusion. Their mission is to try to help everyone with a disability achieve this. The foundation does this by providing individuals and their families with educational, therapeutic and leisure services. It also advocates for inclusion, educates the public, raises awareness among peers, and holds the best knowledge base on disability on the island. Today, Inspire helps hundreds of individuals with various disabilities ranging from Down Syndrome, Autism, Cerebral Palsy and others. It does this through many services and disability programmes that are offered at a highly subsidised rate or sometimes even for free.

You may donate to Inspire here.

Caritas Malta was founded in 1968 when Caritas National Council was set up to co-ordinate and develop social assistance and charitable activities. Through its dedicated staff, Caritas Malta is continuously helping those who are in need. Its mission is to alleviate poverty and promote human development and social justice, witnessing to the Christian faith and Gospel values. Drawing its inspiration from Scripture, the Church’s Social teaching, and the experiences and hopes of people in difficulty, Caritas Malta strives towards a ‘civilisation of love’ within the Maltese community

You may donate to Caritas Malta here.

ALS Malta’s mission is to raise awareness and offer support to ALS and MND sufferers on the island of Malta, while giving palliative care and helping research. It was founded by Bjorn Formosa, who was diagnosed with ALS, which is a chronic terminal disease. The first Dar Bjorn, which aims to improve the quality of life of people with ALS, MS and other Neurological conditions through 24/7 nursing care and specialised treatment, was opened in November 2017 in Qormi. It is currently home to 13 residents with severe neurological conditions. On Sunday, 27th September 2020, you can help ALS Malta open a newer and bigger Dar Bjorn during DAR Bjorn Gbir ta’ Fondi – SMS 50618936 – €6.99 or 50619271 – €11.65.

You may also donate to ALS Malta/Dar Bjorn here or here.

The Malta Society for the Protection and Care of Animals (MSPCA) aims to promote kindness and prevent cruelty to animals, through rehoming, education, advocacy and other activities. At their current rehoming centre in Floriana, they provide an efficient rehoming service where animals are guaranteed the best possible living conditions for a kennel and people can adopt with confidence. Apart from the ongoing expenses related to feeding and sheltering several animals, most animals that enter MSPCA need immediate immunisation, neutering and parasite treatment which drive the costs up further. Their aim is to build a new purpose built MSPCA Re-Homing Centre to cater for the hundreds of stray and abandoned dogs and cats on the island.

You may donate to the MSPCA here.

At the request of the Archbishop of Malta, the Missionaries of Mother Teresa of Calcutta at the beginning of 1989 opened a home in Cospicua to work among the poor of the Island.

You may donate to The Missionaries of Mother Teresa by calling on tel. no: 21666021.

The Multiple Sclerosis Society of Malta was founded in 1997 and provides a voluntary means to enhance and expand public awareness, individual and family services and rehabilitation in Multiple Sclerosis (MS). It primarily offers subsidised physiotherapy to its members with Multiple Sclerosis and group psychotherapy for the whole family. It also seeks new knowledge, disseminates it and applies it for the benefit of persons with MS. The society improves the life of MS patients by subsidising many different forms of therapy, mainly physiotherapy.

You may donate to the Multiple Sclerosis Society of Malta here.

The Malta Emigrants’ Commission is a non-governmental, non-profitable, voluntary organisation, which is established to help and protect people in need by offering them free services, counselling and protection. The Emigrants’ Commission came into being in 1950 due to the huge exodus of Maltese to foreign lands because of over population and unemployment. The aim was to offer help to those who intended to settle abroad. Now its services cover all those affected by migration including immigrants, refugees and tourists.

You may contact the Malta Emigrants’ Commission via email: mec@maltamigration.com or tel. no: 21222644.

The mission of the foundation began in 1956 when the Archdiocese of Malta decided to coordinate the work done with children living in out of home care in homes run by male and female religious congregations. Since 1956, the primary focus was on children’s homes. This changed in 2000 when the Archdiocese opened Dar Qalb ta’ Gesu, a second-stage shelter for survivors of domestic violence. This shelter was the first of its kind in Malta as it focussed on empowering women and children to reintegrate into the community, independent from their abuser. A community prevention team was setup in April 2019 to support families in need in the communities of Ħamrun and Marsa.

There are several charities in Malta that are in dire need of funds. A comprehensive list of voluntary organisations, including charities, may be found online here.

Vox Pop: ‘Give until you feel the pinch’