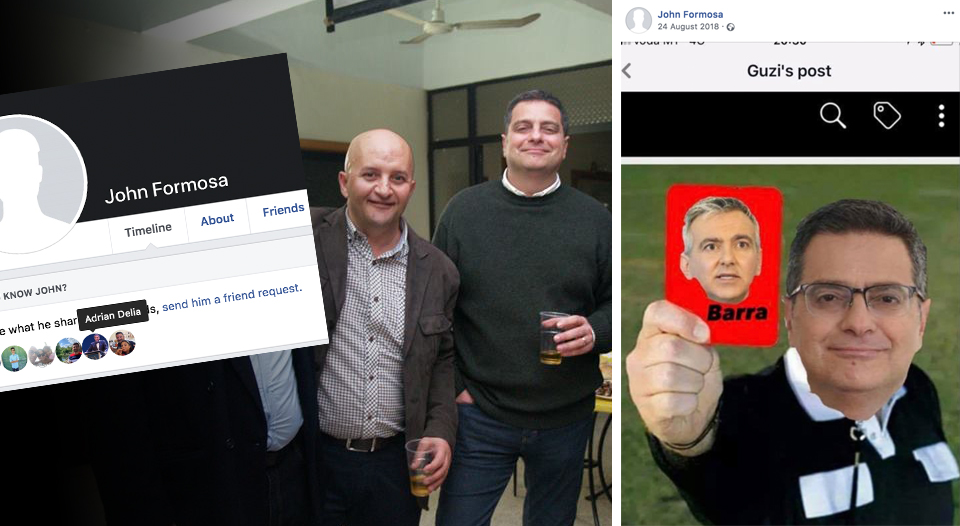 Partit Nazzjonalista councillor Julian Micallef has been accused of having given instructions to set up fake Facebook profiles which were used by Micallef himself to “attack and insult” candidates and PN MPs on Facebook. The charge was made in a signed declaration written to Party Leader Adrian Delia, by former Delia canvasser.

Micallef, Delia’s ‘right-hand man’, and the activist had worked closely during the leadership campaign in 2017. The activist claimed he had received instructions from Micallef, which included following and taking videos of Delia’s estranged wife Nickie Vella de Fremaux. Her videos which were taken without her knowledge, were sent to Micallef via WhatsApp.

In his signed declaration the activist says he received instructions from Micallef acknowledging that he does not know if Delia himself was aware of such instructions. When contacted by Newsbook.com.mt, he said that he would not like to see the story published, saying “please do not upload anything. I would not like to see my declaration published.” 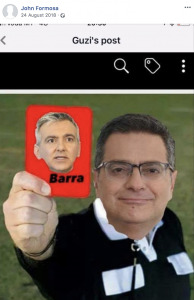 Iswed by circulating a photo of Ċensu with former party leader Simon Busuttil. Further he claimed that Micallef sent him a photo of Delia and Nationalist MP Jason Azzopardi’s estranged wife during a leadership campaign activity in Marsaxlokk. Micallef had asked the activist to circulate the photo on his Facebook wall to humilate Azzopardi who was campaigning for Delia’s rival, PN MP Chris Said.

Newsbook.com.mt found that from the list of fake Facebook profiles, only one seems to be still active. Disparaging comments about former party leader Simon Busuttil were made beneath Newsbook.com.mt‘s articles by someone using a fake profile under the name of John Formosa. The profile was also used to circulate posters and memes online.

Among John Formosa’s friends list, one finds the personal profile of the Nationalist leader. Charmaine Aquilina who is PN’s local councillor on Marsa and is an administrator of one of Grupp PN on Facebook, shared posts from the fake Facebook profiles. Disciplinary action was taken against Aquilina, Newsbook.com.mt is informed. However in a Facebook post where Aquilina reacted to the Maltese version of this article, she denied that any disciplinary action was ever taken against her or that she was ever summoned to the Party’s HQ. The activist said that Micallef had told certain Facebook group administrators to remove him from the groups.

The activist concludes with the warning that he will hold Julian Micallef responsible for any “revenge” that Micallef might think of inflicting on him or his family for outing him in his letter to Delia.

In a Facebook post, Aquilina denied claims which Newsbook.com.mt never actually made. Newsbook.com.mt is reproducing below what Aquilina said on Facebook, “I have never made use of fake profiles, I never conspired to use fake profiles and was never pressured by others on how I should administer Grupp PN which I’ve been in charge of since its inception.”

25 ta' Jannar 2021
We use cookies to ensure that we give you the best experience on our website. If you continue to use this site we will assume that you are happy with it.OkCookies Policy