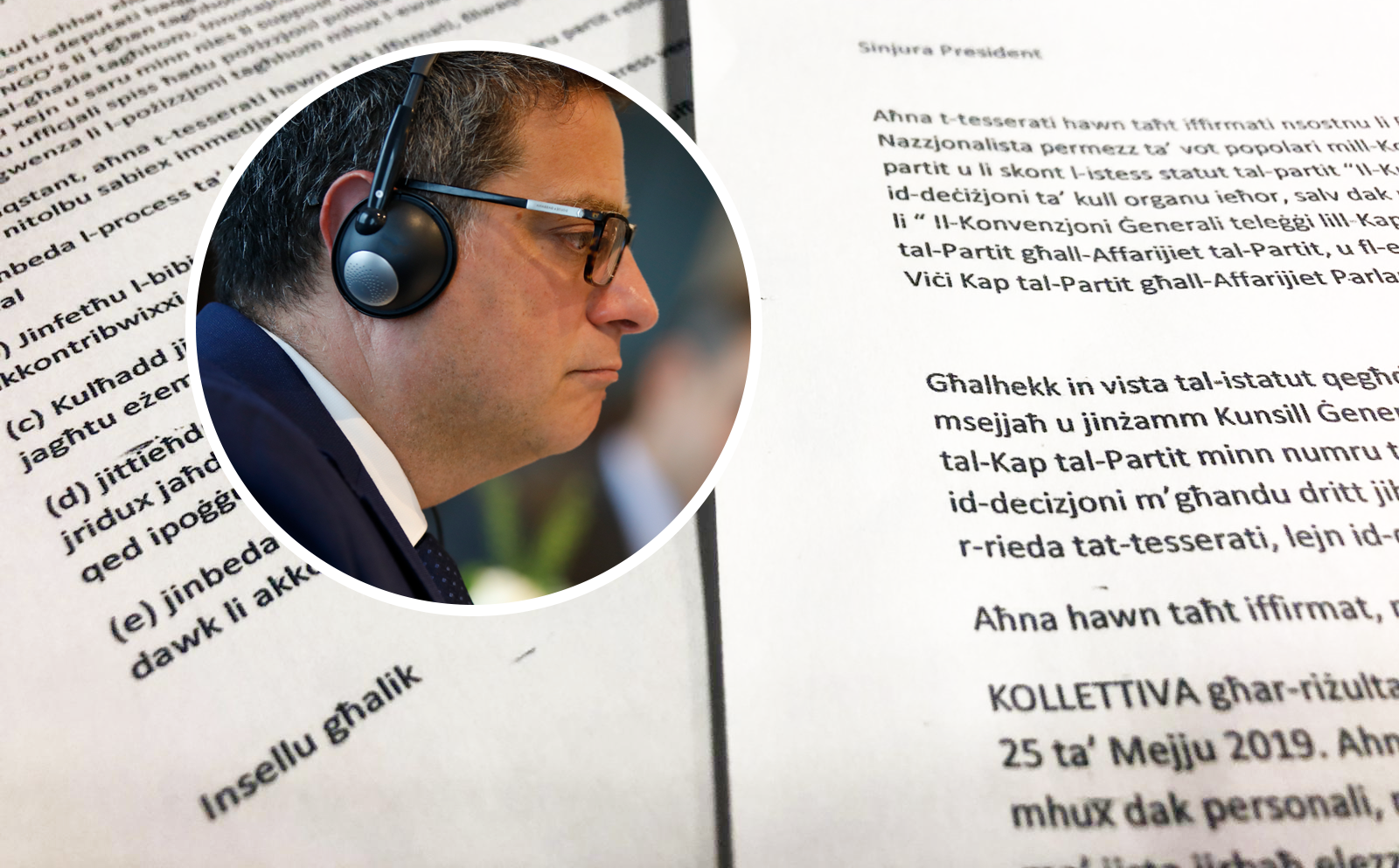 Paid-up members of Partit Nazzjonalista have launched a counter petition to prevent PN’s leader Adrian Delia from facing a vote of confidence at the party’s General Council.

The petition came after it was made public that enough signatures were collected to ask the party’s General Council to convene and take a secret vote on Delia’s leadership following the results obtained in the recently held local council and European Parliament elections.

Newsbook.com.mt is publishing the letter which is doing rounds in full.

Various provisions in the party’s statute were cited in the letter, by pro-Delia supporters who are insisting that the General Council may not make decisions regarding the election of the party’s leader and two deputies.

“The party leader was elected by the paid-up members and nobody has the right to change that decision,” the counter petition says. Further it says that such a move is not allowed by the party’s statute and would not respect the members’ will, democracy and the rule of law.

In the counter petition, the members are not only asking the general council president Kristy Debono to disqualify the motion but have also referred to the shouldering “collective responsibility” for the massive defeat sustained during the local council and European Parliament elections.

‘We are convinced that if we discuss the issue keeping the interest of the party in mind, we would reason out why the party lost so many votes at these elections,’ the counter petition says. The petition also slammed the behaviour of “certain MPs” which they deem “unethical” and those who did not accept that Delia was elected as leader of the Nationalist Party.

Further the petition claims that the massive defeat was due to a “systematic, coordinated and organised campaign by certain MPs and “pseudo-bloggers and / or psuedo NGOs”.

22 ta' Jannar 2021
We use cookies to ensure that we give you the best experience on our website. If you continue to use this site we will assume that you are happy with it.OkCookies Policy