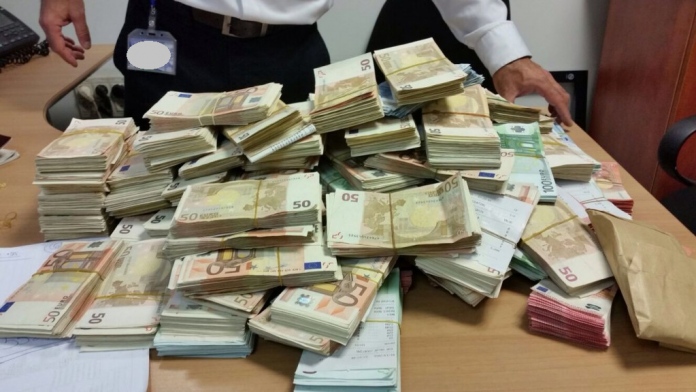 The Customs Department this year has seized over €821,000 in cash including a hefty €31,390 from a man who was attempting to fly out of Malta with the stash of undeclared cash in the beginning of this month. In June and July, Customs seized the sum of €145,000. In almost each case, the Police’s Anti-Money Laundering team was called in since ‘only’ €10,000 are permitted to be taken out of the country in cash. The permitted sum was returned to the owners and the rest confiscated.

June and July have also yielded a significant crop of cigarettes with 26, 417 confiscated. With regards to drink over 12,000 bottles were confiscated in these two months 8,000 of which were alcoholic and 4,800 non-alcoholic.

€31,000 in undeclared cash seized by Customs

Thousands of cigarettes and beverages seized by Customs

4 ta' Diċembru 2020
We use cookies to ensure that we give you the best experience on our website. If you continue to use this site we will assume that you are happy with it.OkCookies Policy