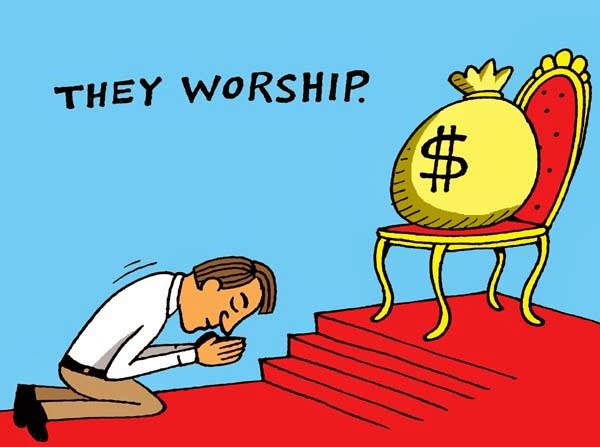 Yuval Noah Harari a renowned historian and the author of Sapiens and Homo Deus, in his latest book 21 Lessons for the 21st Century states, “Since the global crises of 2008 people all over the world have become increasingly disillusioned with the liberal story.”

No wonder the liberal elites, who dominated much of the world in recent decades, have entered a state of shock and disorientation”

Sobering words but evidenced by what we see around us, even countries very close to us countries like Italy, France, the UK, Germany, Austria, Hungry, Poland and others, that are coming to terms with the reality of populism built on fear.

Post the 2008 financial crises, Europe saw millions of people lose their jobs, have their benefits cut, losing pensions, homes and what not, they have found themselves to carry the burden of failed banks and States, betrayed by the democracies the promised heaven on earth on the eve of every election.

Malta came out of this crises relatively untouched.  However, post the 2008-2012 crises, we have entered into an era of liberal socio-economic policies, following the steps of countries that have had it good for some time but then failed.  We seem to be thinking that we can ride on crest of the wave and never falter.

Money has become king, with no regard for sustainability, equality and human dignity.   With complete disregard to the principle of common good, we have gone into a form of Government that is completely hands off, applying “socialism for the rich, capitalism for the poor” as Mark Anthony Falzon eloquently put it on The Times recently and running the economy more like a business, or worse a personal business, then a just State.

We seem to have lost the sense of consciousness needed to recognise the new hardships and the income disparities that today’s economy is creating within our society. The extreme low wage pressures due to the ever increase in foreign cheap workers to satisfy the needs of the property developers, and the high property prices caused by the unbridled economic strategy that we have been told to accept if we want to have a pension.   I remember these same people telling us that we had no pension problems and that actually their commitment was to increase pensions to 60% of the median income.

I fear that as a country we are blindly running after so called new technologies without understanding the human questions that these technologies pose, the ethics that needs to surround them and seem content to assuming that only good can come from out of these technologies.  Unfortunately, it seems that the only good that we value is the economic value that we hope these bring.

Will AI benefit humanity, or will our lives be decided by our mobile phones, including what we do, where we go, with whom we stay etc, etc.   Will AI take over human freedom, because AI knows better?

Quoting from the same book of Yuval Noah Harari “The technological revolution (AI, Big Data algorithms and bioengineering) might soon push billions of humans out of the job market, and create a massive new useless class, leading to social and political upheavals that no existing ideology knows how to handle”.

Does this mean that AI, big data, bioengineering is intrinsically wrong?  Certainly NOT.  But they can be very wrong if they are in the wrong hands, as we have seen for example with the abusive use of big data, from companies like Cambridge Analytica that is subject to ongoing criminal investigations for the manipulative use of data and using underhanded operations to discredit politicians.

A neo liberal society with these powerful tools can be very dangerous, it will not just be about building concrete in every corner of our island as long as someone makes money, it will be about that dangers of creating a new useless social class as long as it commercially benefits the few.  Stuff that usually leads to revolutions.

With this in mind I think the call of the European Catholic Bishops through their document “Rebuilding community in Europe”, in lieu of the 2019 European elections, takes a deeper meaning.   The Bishop state, “The EU is facing important challenges. Digitalisation is not just a crisis, but also a mutation. Taking back control of our lives in the face of digitalisation implies decisions to make economy and finance better serve the people, especially the most vulnerable. Digitalisation has an impact on all and everything we know (the future of work, protection of personal data, the multiple uses of artificial intelligence). For COMECE it is fundamental to preserve the centrality of the human person and an approach based on solid ethical frameworks”.

Unless we put back the human person in the centre of our political discourse we are doomed.  Today the focus seems too much “money”, “economic growth”, “finance” at the cost of everything else.

Tonio Fenech is a member of Catholic Voices Malta

9 ta' Lulju 2020
We use cookies to ensure that we give you the best experience on our website. If you continue to use this site we will assume that you are happy with it.OkCookies Policy