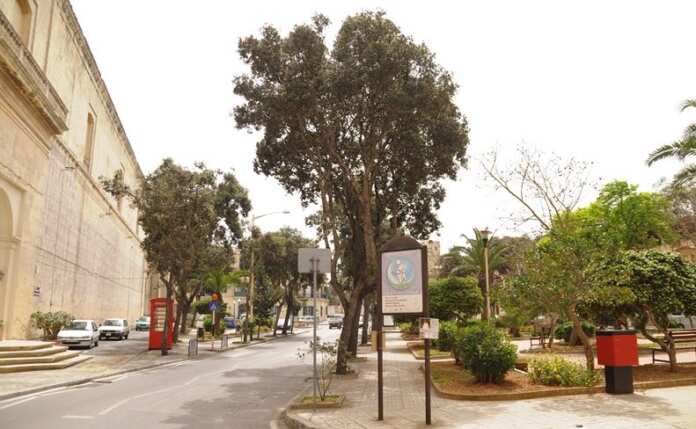 The politics of public space
Some months ago, I was invited by the Malta Catholic Action to give a presentation on social justice in our time, how this is affected by our urban environment, and how the latter has a role to play in supporting a more just society. I had borrowed the words of renowned architect Richard Rogers: “When public space is eroded, our civic culture suffers, even our democracy.”
Politics and public space have an intimate relationship – both deal with public life, the relationships we have with others, how we live and interact with each other. Public spaces are the stage of public life; they are the places where we congregate to celebrate, to protest, to meet, to trade, to seek inspiration and tranquillity. We must ensure that our public spaces sustain our quality of life and our culture, and that they express what our society considers to be important.
The Barcelona Declaration for Habitat III on Public Spaces (2016)[1] advocates that public spaces must be the “key driver to achieve our collective aspiration for more sustainable, just and democratic cities and human settlements”. One of the pillars of the Declaration is the concept of public space as the “agora”, which provides freedom, gender equality, equity and diversity of expression, transparency, pedagogy, a culture of civic and critical engagement, as well as binding participation and accountability to pave the way for the democratic co-production of urban space. It also speaks about people’s right to “stake a claim on the city” which implies the need to “respect and protect a number of rights and freedoms, such as the right to freedom of expression and assembly, the right to information, consultation and participation in decision-making processes.”
The recent struggles and controversy regarding the spontaneous memorial to slain journalist Daphne Caruana Galizia reminded me of the concepts outlined above. The memorial was set up at the feet of the Great Siege monument in Valletta. Why was this particular monument chosen? Was it because Antonio Sciortino’s figures represent Faith, Civilisation and Valour? Or was it more to do with its location opposite the Law Courts, and therefore representative of people’s desire for justice to be served?
Irrespective of the reason for the choice of location, it is important to acknowledge both what the memorial represents, as well as what it has become: a place to come together, to publicly express grief, hope, solidarity, desire for justice, and, yes, even anger and political disillusion through the action of placing flowers, notes and candles.
The spontaneous memorial is an expression of public sentiment, and therefore it is a political statement in itself. The relationship between this sentiment and this specific public space as the “agora” for its manifestation must be acknowledged. The suppression of expression, whether by other citizens or by the political class, is an erosion of democratic rights. A nation which suppresses its citizens is a nation which is losing its soul.