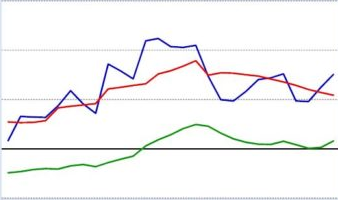 Day in day out our Government, through its plethora of communication channels, reminds us of economic success, measured thorough a few chosen indicators, chief amongst them, the GDP figure.

Surely, positive growth is something to be welcomed with open arms, especially at a time where most advanced economies are experiencing signs of strain, a result of geopolitical tensions, trade wars, Brexit uncertainty and the rest.

Nonetheless, months of meeting constituents during my regular house visits point to a worrying conclusion: very little of this success is trickling down to the honest hard working families. And the reason is pretty clear: Government’s only tool for “economic success” is continuous population growth.

Even the Labour appointed Central Bank Governor recently admitted that it is a fact that we have been getting more foreign labour than ever before. “I suppose the only other time when anything like this happened was in 1907, with the building of the Grand Harbour breakwater. So perhaps there is a historical precedent of the same, or similar, magnitude. Another fact is that we cannot expect to keep growing economically, without a sufficient supply of labour”.

Unfortunately, this influx of foreign workers is causing a strain on our resources, and it is having a negative impact on significant chunks of our population.

Firstly, not only wages have stopped growing, unlike the rest of Europe, but they have actually regressed over the past year. In the European Union, wages were up by over 2% over the past 12 months, the second fastest increase since 2011.  Malta was the only country were average wages actually contracted. This might mean good news for our employers, but surely it is not welcome for our hard working families.

The second impact is the drastic increase in property prices/rents as well as essential products and services. An increasing cohort of Maltese youngsters simply cannot afford to buy a property – in other words, they will not be able to fulfil such a basic tenet of the Maltese dream: that of raising a family in a decent property one owns. To make matters worse, Government has invested precious little in social housing projects over the past years, despite all the grand talk of a surplus.

Thirdly, this influx is creating a strain on essential services. Whether it’s health or education, our news stories have been in recent months dominated with images of patients in corridors and students in containers. Many are having to resort to the private sector to carry out the most basic of health interventions which the state provides for free, but the wait is simply too long.

Clearly it is not sustainable to continue building economic growth purely on the importation of more and more workers. And this has nothing to do with the fear of foreigners: it is simply a logical argument based on the economic and social realities of this country.

The issues listed above are the result of the fact that the promised Government roadmap for the economy never materialised. Government has no plan for stimulating growth productively, for attracting new types of businesses to our shores or to support our small and medium sized business to foster economic growth.

Failing this, Government continues to rest its hopes on the importation of more and more workers from abroad. What this country needs is fresh ideas. The success we witness today in financial services and gaming was not achieved overnight, it was conceived over a number of years.

Today, we should be thinking about the industries our children will be working in tomorrow. But besides selling passports and introducing virtual currencies, our Government has not yet even started thinking about introducing more sustainable areas like a research and innovation hub, heavily funded by the EU, of the likes of Berlin and Dublin.

Lately, even the European Commission expressed concerns on the sustainability of Malta’s development and the IMF said it in not so many words. One hopes that the Government finally listens, before it is really too late.

5 ta' Awwissu 2020
We use cookies to ensure that we give you the best experience on our website. If you continue to use this site we will assume that you are happy with it.OkCookies Policy