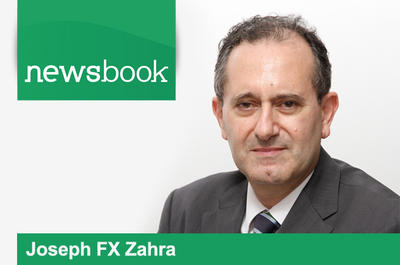 Any state budget should form part of an overarching strategy for a country. It is an important document which deserves careful attention by both economic and social analysts. It puts great responsibility on the government that presents it to parliament. The executive is held accountable to get it implemented. A budget cannot be a by-product of election-cycle politics. It is serious matter.
The Prime Minister coined the Budget for 2017 as a social budget. It is aimed at addressing social issues, the daily problems of the everyday man or women. It admits that the economic wealth created over these last years has not trickled down social sectors that encompass people that have been left behind if not totally marginalised. This explains why people generally ask the question – “what economic growth are you talking about?” if this has not translated into money in their pockets. Ask the pensioners, and young couples working on definite employment or the minimum wage. One positive point, this budget aims at addressing this problem, but it has not gone the whole way.
In more than one sense this budget took me back to the nineteen seventies, a long list of hand-outs and fiscal incentives that ensure that capture people’s imagination. The list of handouts is a long one and it takes us back to a society dependent on state subsidies and grants. Spectres of employees in government corps in the seventies are also raised with the setting up of a fund of € 8 million a year for a period of seven years to compensate for past injustices. We are back to the socialist franchise, and the period of electioneering has started.
The budget for next year has an extraordinary backdrop of economic and employment growth and fiscal rigor. It vindicates the decision to have Malta join the European Union and the Eurozone which imposed the necessary discipline on the administration in economic and financial management. The Labour government acknowledged the strength of economic diversification and liberalisation by keeping alive the economic momentum by pro-business policies. It is no coincidence that Standard & Poor raised its credit rating of Malta to A- from BBB+. However, a note of caution. The heavy dependence on property development, construction, the Individual Investor programme, international business especially i-gaming are volatile, cyclical and definite. For example, what happens if we are blowing up a property bubble? In more than one respect, the stage we are in reminds me of Ireland and Spain pre- 2008. For goodness’ sake, let us be careful.
And this explains why I find it difficult to fall to all the good-feel factor of the budget. The list of state projects are déjà vu – the Ta’ Qali crafts village, the development bank, the permanent link between Malta and Gozo, the Marsaxlokk breakwater, the gas pipeline. A challenging to-do-list for the executive.
I am not reasured that Government is a conscientious custodian of the wealth that has been created over the years. I am not convinced that there is enough investment in productive activity, in traffic management and roads, in investment in home-bred business and entrepreneurship, in the revival of Maltese crafts, in vocational education, in seeking a substitute to the sectors that are under threat – international business relying on a taxation regime which is under scrutiny, an i-gaming sector that is the target of international lobbying.
I would have preferred to read more about how to help those who are living below the poverty line to find a job, to manage their household budget better, to afford through their own work a home that gives them dignity. Trampolines rather than safety nets. Incentives that help them get back on their own two feet rather than hand-outs.
I would also have liked to learn more on how we can regain our reputation as a serious and secure jurisdiction by means of meritorious appointments and good governance. With the wealth that has been accumulated I would have liked to hear more about the creation of new economic sectors that will take us forward the next twenty years. Could this be a budget of lost opportunity?

7 ta' Lulju 2020
We use cookies to ensure that we give you the best experience on our website. If you continue to use this site we will assume that you are happy with it.OkCookies Policy