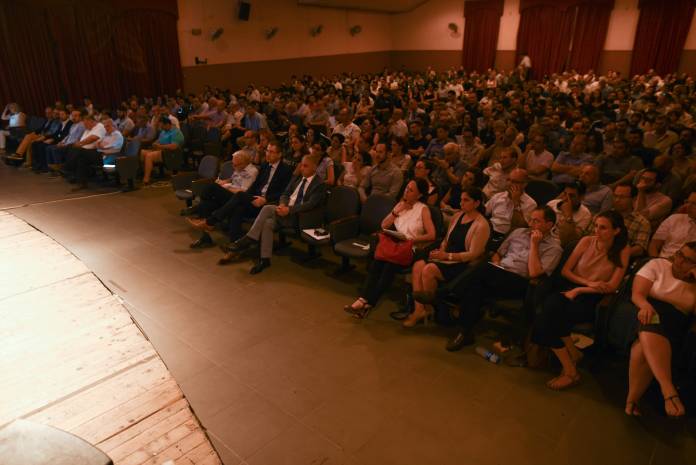 The Chamber of Architects in a statement released on Saturday afternoon underlined that public safety is paramount adding that “no effort should be spared to ensure that the safety of people in their homes, and their quality of life are the topmost priority of all involved in construction industry”. The Chamber urged the government to stop dragging its feet, and take the necessary steps to ensure that the framework which allows architect to ensure public safety is in place and effective.

The Chamber held an extraordinary general meeting on Friday which was attended by around 400 architects. KTP underlined that it is long overdue for the government to address the construction section in a holistic manner rather than a piecemeal approach.

Commenting on the draft regulations, the KTP said that they were hastily drafted, adding that they will not serve to ensure public safety. Further the Chamber commented that it will confuse the various roles and responsibilities on construction site.

During the EGM organised, it was emphasized that according to the Civil Code there are only two figures responsible for construction work, namely the architect and the contractor. The KTP argued that the role of site manager, as conceived in the legal notice, could only be assumed to be within the contractor’s setup. The Chamber explained that the contractor is obliged at law to understand and follow the instructions issued by the architect, and therefore be sufficiently knowledgeable to understand the significance of such instructions.

The architects reaffirmed their commitment to take full responsibility for the tasks that are within their remit, during the EGM.

Architects demand provisions which would allow them to suspend works

During the EGM, the architects came to an agreement that any legal notice, should include provisions that empower the architects to suspend works and lodge a report with the Building Regulations Office. This they explained would be done without the architects having to relinquish his commission, “if the contractor or developer refuse to comply with the architect’s instructions on matters relating to structural integrity”.

Architects do not exclude striking, if government forges ahead with legal notice

The Chamber of Architects held a extraordinary general meeting after the draft regulations on the Avoidance of Damage to Third Party Property Regulations were published last Monday. During the meeting more than 400 architects have reached unanimous agreement that if the government forges ahead with publishing the legal notice on Monday, then they would go on strike.

Speaking on Follow Up aired on RTK 103FM Chamber of Architects President Simone Vella Lenicker, said that ‘an architects’ strike is not excluded’, explaining that further details will be given on Monday.

Vella Lenicker further explained that the members of the Chamber were in disagreement on a number of points in the legal notice which they found unacceptable since they do not guarantee public safety.

“The proposed regulations place the burden on the architect”

The proposed regulations place the burden on the architect when a building collapses, however the Civil Code holds both the architects and the developers responsible. The president of the Chamber of Architects insisted that contractors should be licensed and registered. The Chamber remarked that the draft regulations increase the workload of the Building Regulations Office, which remains understaffed.

The Chamber of Architects has requested an urgent meeting with Parliamentary Secretary for Planning Chris Agius, however their request has remained unanswered.