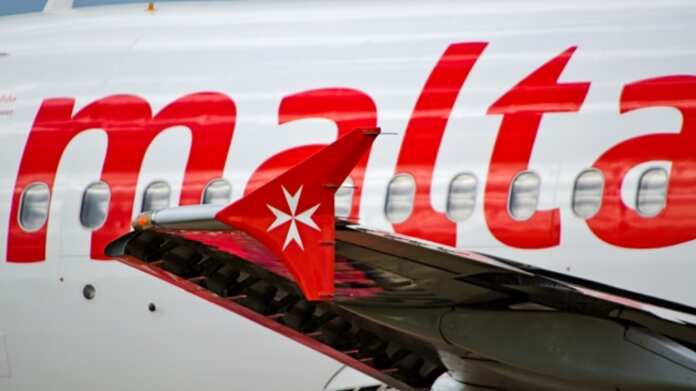 Air Malta pilots will be starting industrial action as of midnight on Monday. All Air Malta flights will be delayed by 30 minutes.

In a statement, Air Malta said that the union representing the pilots (ALPA) has ordered an industrial action to begin during the company’s busiest times.

In a Facebook post, Minister for Tourism Konrad Mizzi said that Government is committed to investing in Air Malta and in a new fleet, so that the national airline keeps on expanding. He also added that Government will not accept blackmail from anybody.

Pilots ordered industrial action to delay flights as from midnight. Government will NOT bow to pressure and provide ridiculous guarantees on Early Retirement Schemes.

Mizzi said that under a Nationalist Government, Air Malta had provided an early retirement scheme for its pilots, where they could retire at age 55 and would also be provided with a package of almost €700,000 each.

“Now, the union is expecting that Government guarantee that the employees will receive this package regardless of what happens to Air Malta”, stated Mizzi.

The Minister added that if pilots want Government to guarantee their future, they needed to work together in one direction, so that the company would keep on growing and succeeding.

When the collective agreement was signed a year ago, Air Malta had discussed the interpretation of the agreement and other queries with ALPA. Air Malta said that it had tried to find solutions for every query which arose; however, it said that ALPA was continuously showing bad faith.

Tensions between the Airline Pilot Association – Malta (ALPA) and the government has escalated as Air Malta pilots voted in favour of industrial actions if a satisfactory outcome is not reached in the negotiation of the new collective agreement.

The national airline pilots have a number of pending issues that they need settled before agreeing on a new collective agreement. These issues include work schedules, lack of pilots during the Summer period and days off work.

It appears that the strained relationship between the parties has soared in the past weeks since Ryanair has announced the establishment of MaltaAir which will be operating from Malta with six aircrafts with the government’s blessing. The pilots are interpreting the situation as one that is prejudicing Air Malta’s viability and the government’s restructuring programme when it comes to the national airline.

In this context, ALPA is asking the government to guarantee a retirement scheme close to €700,000 once the pilots reach 55 years of age.

11 ta' Awwissu 2020
We use cookies to ensure that we give you the best experience on our website. If you continue to use this site we will assume that you are happy with it.OkCookies Policy